Lafayette County Board of Supervisors recommends two properties be cleaned up 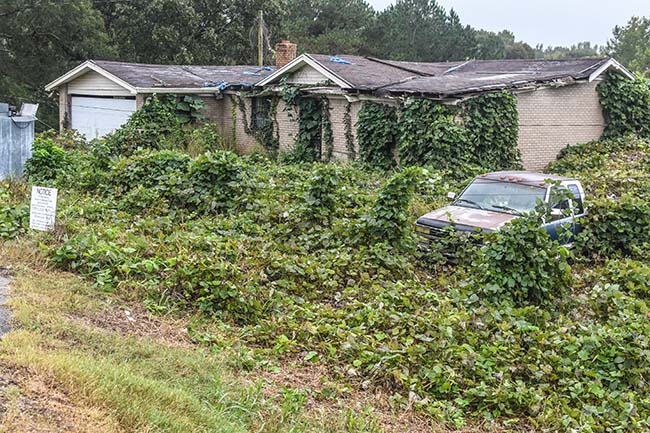 The Lafayette County Board of Supervisors recommended on Monday that two properties in the county be cleaned up.

The board cited a danger to public health as the reason for the recommendation, with Lafayette County Building Inspector Joel Hollowell citing an increase in rodent and insect populations for each property.

The first property, located at 246 Highway 30, was cited for several cars on the property, other debris such as freezers, the overwhelming presence of kudzu and the stability of the single-family dwelling on the property.

A resident who lives near the property, Barbara Harmon, spoke after Hollowell explained the state of the property, expressing her concern that the vehicles on the property might be leaking oil and other fluids out into the community, as well as her desire to see the property be cleaned up.

The property owner, Harry Smith, also spoke about the location, explaining that his son has previously worked to clean up the area and that the property has seen numerous break-ins which the Lafayette County Sheriff’s Department have been unable to stop.

“There are three cars sitting there,” Smith said. “Someone broke the windows out of the vehicles, crawled up under there and cut out the tort converters off the vehicles sitting right there on the side of the highway.”

Smith also said that the kudzu encroached his property due to its presence on a neighbor’s property and did not believe that was his responsibility to clean up, and that the house is not condemnable.

“If you look at the roof of that house … if you drew a straight line (across the ridge of the roof) you can see the sag in that roof that indicates there are some serious issues going on with the house,” Hollowell said.

However, Smith said he believes the house is structurally sound though it does need some work to repair the roof.

After discussion, the board agreed to give Smith 30 days to clean up the area surrounding the house and, at that time, the board will reevaluate the single-family home on the property following an inspection by Hollowell.

If the property is not cleaned up in 30 days, the county can recommend crews enter the premises and clean up the area. The cost of the clean up would be charged as a tax lien on the property.

A separate property, located on 92 County Road 390, was also discussed during Monday’s meeting.

Hollowell said the board has been dealing with the property for over a year, having previously asked the owner to clean up a portion of the property and to remove an old swimming pool that created a problem as standing water bred considerable mosquitos.

“He did some of that work,” Hollowell said. “But has since vacated the property and we have been unable to get in contact with him. When he left there was a tremendous amount of household garbage left, but it has attracted all sorts of animals and it’s scattered everywhere.”

The property also contains multiple structures that do not appear to be in extreme disrepair, but Hollowell said they will need attention soon. However, Hollowell said the primary problem is the trash, other debris and overgrowth.

In the public hearing held about the property, no one came forward with statements and the board recommended a 30-day period to allow the owners to clean up the property.

If the owners do not clean up the area, the county will enter the premises and clean the property.

Costs incurred would be charged via a tax lien on the property.