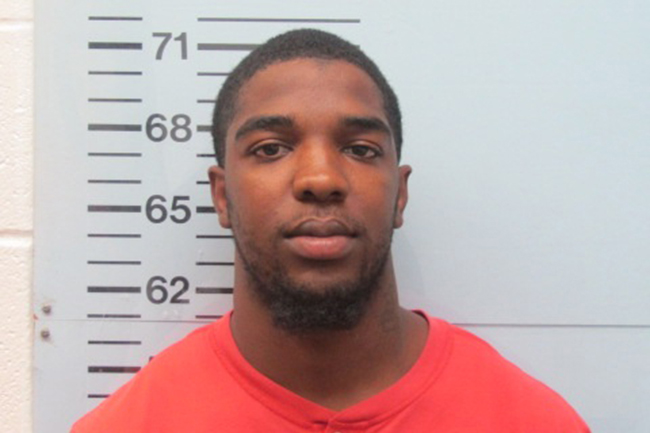 The Oxford Police Department has made an arrest following several car burglaries around the walking trails on Chucky Mullins Drive.

OPD announced on Monday that 22-year-old Allen Mathis, of Oxford, was booked for six counts of auto burglary and one count of felony fleeing in a motor vehicle. The charges come after weeks of investigation into a series of burglaries near the trails.

Mathis was arrested on Friday after being surveilled by on-duty officers.

Mathis was seen entering a vehicle and stealing a purse. However, when investigators moved in to make an arrest, Mathis jumped into his vehicle and fled. While fleeing the scene, Mathis struck an unmarked police vehicle and later, while driving on Highway 6 eastbound, struck a civilian vehicle.

While officers attempted to stop Mathis, further action was determined to be unsafe and the pursuit was terminated, OPD said in a statement.

Later, Mathis’ vehicle was located behind a residence on County Road 300. Following the identification of the vehicle, a citizen reported a male seen walking through a subdivision on South Lamar and that the male got into a vehicle.

A traffic stop was conducted by OPD for that vehicle and Mathis was taken into custody without incident.

Mathis was transported to the Lafayette County Detention Center and given a $100,000 bond by a Justice Court judge. The bond was later revoked as Mathis has previously been released on a felony bond stemming from his arrest by OPD in October 2017 for a separate auto burglary.

During that burglary, Mathis allegedly stole cash and a checkbook from a car parked at Pat Lamar Park and his bond was set at $20,000. In December 2017, Mathis was arrested again for auto burglary and charged with four counts. Upon that arrest, Mathis’ bond was also revoked as he was already out on a previous felony bond.