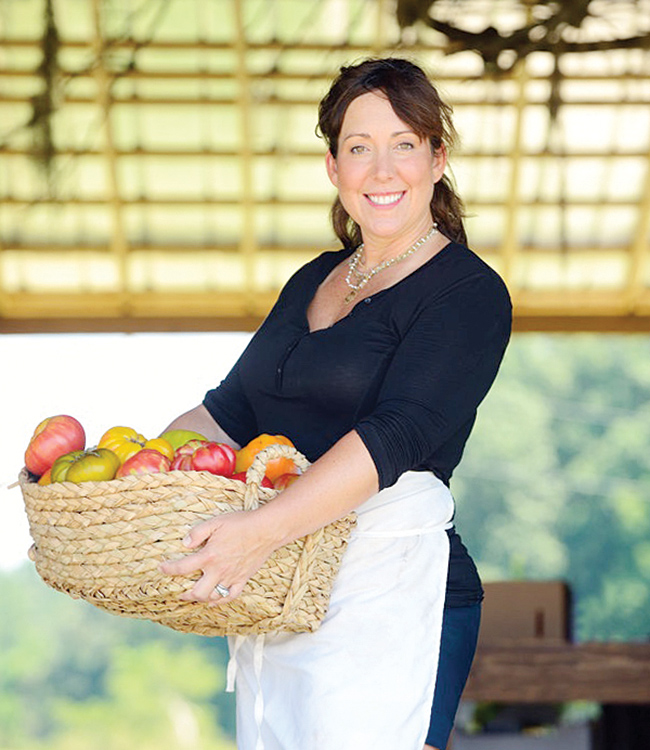 She’s a “Today” show contributor – a dream Heiskell said was 17 years in the making – a caterer and an author.

“It’s funny because I was a terrible student,” Heiskell said. “I was a horrible student and English was my hardest thing. I would have never thought that I had the ability to write anything, much less a book.”

Heiskell’s fourth book could be called a compilation of sorts as she teamed up with Southern Living to update the brands most popular cookbook of all time, “The Southern Living Party Cookbook.”

The book was originally published in 1972, containing recipes divided by occasion, as well as full party menus, party advice and other tips.

“(Southern Living) decided that the recipes were still valid and still great, they just needed a little updating,” Heiskell said. “They called and asked if I would agree to write it and I was just so thrilled.”

Like many around the country, Heiskell grew up with Southern Living as part of her home.

“It’s unbelievable what this magazine has done and the legacy that they have,” she said. “And the recipes are so reliable and so good. You know that if you are doing a Southern Living recipe that it’s going to be good. They’ve really stood the test of time.”

The beginning of Heiskell’s involvement with “The Southern Living Party Cookbook,” began as she wrapped up work on her previous book, “What Can I Bring?”

“I began working on this book when I was touring for my previous book,” Heiskell said. “It took about a year for us

The editors and reporters at Southern Living tested and photographed all the dishes in the book, about a third of which are original recipes from the 1972 edition.

One of those stalwart courses – Hot Cheese Puffs – is Heiskell’s favorite, not because of the recipe, but the story behind it.

“My great-aunt Joy had this cheese puff recipe and she would not share it with anybody,” Heiskell said. “Finally one day she gave it to me and just went on and on about how I wasn’t supposed to share it with anybody. She told me she didn’t want it to become commonplace. So then when I started researching this book, I opened the original book to page 365 and there is the Hot Cheese Puff recipe that she obviously got from Southern Living magazine. … I cannot wait to get to heaven to tell her ‘we are going to have a conversation about this cheese puff recipe and I know she’s up there just laughing and laughing.”

To celebrate the release of the book, Heiskell will sign copies at Off Square Books on Oct. 23 at 5 p.m.

“It doesn’t get any better than signing a book at Square Books, that’s when I really have to pinch myself. The fact that they allow me to come and sign my book there is just beyond,” Heiskell said.

Copies of “The Southern Living Party Cookbook” can be purchased at Off Square Books or wherever books are sold beginning Oct. 23.