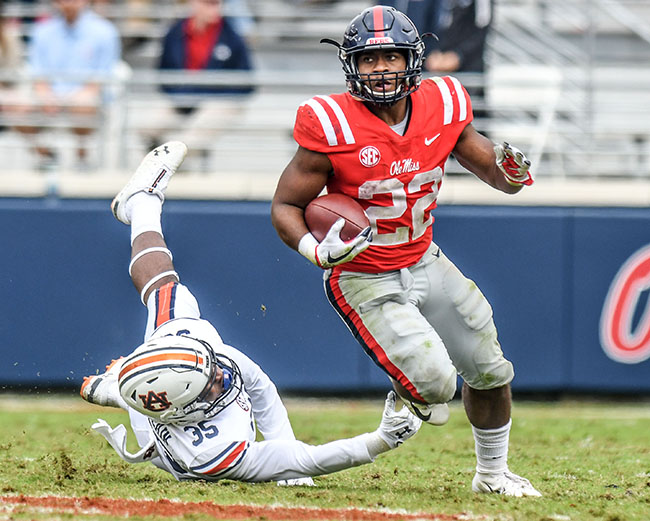 OXFORD — The bye week is over and Ole Miss returns to work, starting with South Carolina on Saturday (11 a.m., SEC Network).

With four games remaining in the regular season, attention returns to the final looming cloud that is the NCAA investigation. The postseason ban is still in effect for the Rebels with the team still waiting on the verdict of the school’s appeal.

As the season rolls into November the verdict could be delivered any day now, but with the Rebels (5-3) needing only one win out of the next four games to become bowl eligible, the verdict becomes more important.

All season head coach Matt Luke has talked about focusing on the 12 games the Rebels have and not worrying about what the NCAA will do in regards to their postseason fate.

“We’ve got 24 days left in our season. That’s the way that we’re preparing,” Luke said during his weekly press conference on Monday. “Our motivation is playing for each other and just building this program and taking pride in the fact that through all this stuff, we were not supposed to be very good last year and we won six games. The same this year. You’re 5-3 through eight games. Taking the pride and saying ‘hey, we’re still here. We’re not going anywhere.’ Having that pride and the guys playing for each other and fighting through adversity, to me, that’s very, very special.”

If November goes the same way as it did last season for the Rebels, they will hit the six-win plus mark. Last season the Rebels went 3-1 in the month of November, starting with the comeback win at Kentucky and ending with a 31-28 win over Mississippi State in Starkville.

Ole Miss did not have the benefit of a break before the final month of the season last year. With the bye week coming in the final week of October, Luke hopes the rest gives his team a boost for the final stretch run.

“In this league, it’s tough. There’s a very fine line between wins and losses,” Luke said. “Obviously you got to go play well, be consistent, make a few turnovers. Any one of those plays can change the game. Just getting refreshed. Getting your mind right and attacking the final month of the season will be important.”

Saturday’s game begins a stretch of four games in 19 days for the Rebels.