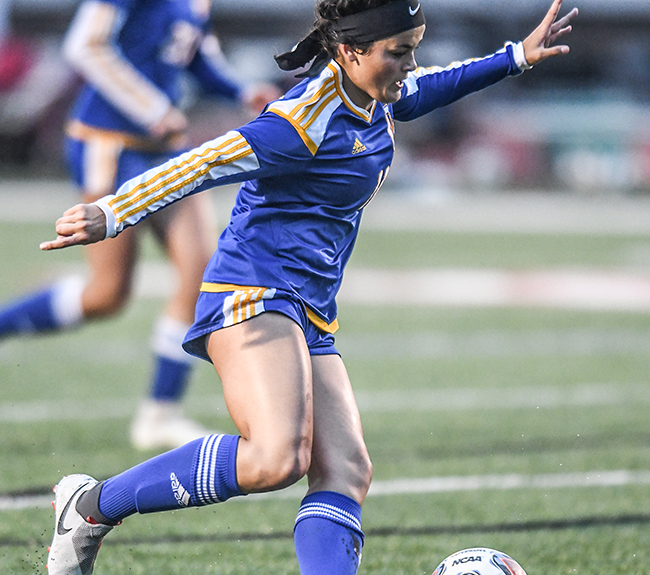 OXFORD — The first round of signings for junior college and Division I schools took place on Wednesday and once again Oxford had plenty committing to play at the next level.

The Chargers had eight athletes from four different sports sign schools ranging from Ole Miss, Delta State, Auburn and schools in between.

The girls’ soccer and boys’ golf teams led the group with three athletes from each team signing.

For the Lady Chargers’ Morgan O’Connor it was a day she was happy to see finally arrive. She sealed her commitment to play soccer at Ole Miss and will be joining the Rebels next August after graduating early in May.

O’Connor announced her commitment to the Rebels in April but had to wait until Wednesday to make it official that she will be playing soccer in her own backyard for four more years.

“It means a lot because it’s a big opportunity,” O’Connor said. “It’s not like everybody is getting DI offers. There’s so many people that are talented and don’t get seen and I’ve had the pleasure of getting seen.”

O’Connor will join two former Lafayette players who are already on the Rebels’ roster in sisters Alley and Maddie Houghton.

“It takes kind of the anxiety about it away and now we can just kind of relax and we can focus on our ultimate goal,” Oxford girls soccer head coach Hunter Crane said. “They’re able to step out and compartmentalize and when they’re on the field they’re on the field. It’s about soccer; it’s not about what’s going on outside and stuff like that. Inside the lines where they’re the happiest.”

CJ Easley led the group of Charger golfers, signing with Auburn. Easley is graduating in December and will enroll at Auburn early. Along with Easley, teammate Wilson Baker also signed with a four-year school in Delta State. Cole Hubbell signed to play two years of golf at Itawamba Community College.

The trio has helped bring state championship to the golf program in back-to-back seasons (2017, 2018) and the school’s first Class 6A state title.

“I moved here in freshman year and wasn’t really sure what it was going to be like with the golf team,” Easley said. “I knew Wilson but I didn’t know anyone else. Leaving now three years later it was three good years of high school golf. Could’n’ have asked for anything more.”

The Oxford baseball team had a player decide on his future as well on Wednesday. Bo Gatlin will play baseball at Southeastern Louisiana start next year. The senior has been a key piece to the Chargers the past couple seasons and will be relied on heavily his senior year.

Ashley Epps also committed to continue her track and field career after high school. Epps signed with Southeastern University out of Lakeland, Fla.