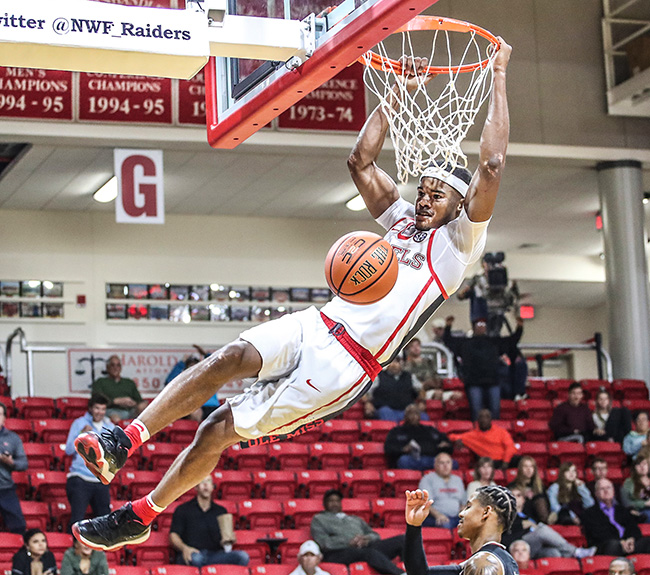 OXFORD – When Devontae Shuler arrived in Oxford last summer, he did so as a bit of a darling, the highest rated recruit Andy Kennedy had brought to Ole Miss since 2012. After a slow freshman year, Shuler is now starting to make his impact on the Rebel team known.

Shuler started the first three games of SEC play last year before getting moved out of the starting rotation. Over the last 16 games of the 2017-18 season, Shuler started only once, playing 16 minutes per game and averaging just 3.3 points per game.

Now, under new head coach Kermit Davis, Shuler leads the team in minutes (34.0 per game) all while adjusting to a new role in the offense. This season, Shuler is starting as the team’s point guard, an unnatural position for a kid recruited as a shooting guard.

“Kermit (Davis) has put me in a position for me to handle the ball a lot more,” Shuler said. “It opens up holes in the defense. I feel like attacking.”

Shuler had his best day as a Rebel this past Saturday against a very good Cincinnati team. Against a squad that is known for their ability to pressure the ball and make opposing ball handlers uncomfortable, Shuler was at his most comfortable. Against Cincinnati, he scored a career high 24 points, shooting 9-14 from the field in the loss.

“I’m very comfortable (scoring more),” Shuler said. “I am not going to panic when pressure comes. I’m used to it. Last year, I learned a lot from just growing up and being pressured. I can handle it.”

One point of emphasis for Shuler over the next seven games before SEC play starts will be his facilitating from the point guard spot. Traditionally, point guards are the distributors on the basketball court. This role has changed some over the past decade, as point guards are asked to score more. However, the facilitating role is something Shuler still needs a little work at. Though the first five games, he is averaging only 2.8 assists per game.

“He’s done well. He’s taking care of the ball, but he needs to make others better,” said head coach Kermit Davis. “He needs to get more assists.”

An interesting note about Shuler: he leads the team in rebounding as a point guard. Rebounding is something that is important to Davis, a consistent point of emphasis for this team. Shuler’s ability to lead the team in rebounding from the point position is both unconventional and a big aid to a team that lost the rebounding battle in their last game to Cincinnati by six.

“A lot of people are just now seeing what I can really do. I knew I could do it, I’m just now getting to show it,” Shuler said. “I feel like I’m going to keep showing it throughout the season.”