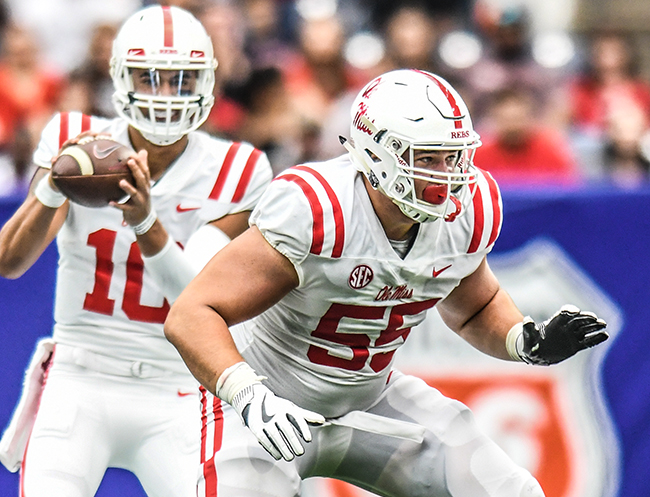 Brown, a Vicksburg, Mississippi native, redshirted in 2017. He earned the right to start on the Ole Miss line early this season. At 6-foot-5 and 318-pounds, Brown would play the majority of the season starting at right guard for the team that finished top-10 nationally in total offense. His size and length are both larger than the standard college guard, and could see him move more outside to a tackle position as he matures at Ole Miss.

As a true freshman, Jacquez Jones saw playing time in every game this season for the Rebels. A Tuscaloosa, Alabama native, Jones totaled 36 tackles this season, including 2.5 for loss, impressive marks for a true freshman. Against his hometown team, top ranked Alabama, Jones led Ole Miss with a game-high nine tackles. For a unit that struggled mightily in 2018, Jacquez Jones is a bright, young spot.

Georgia led the way on the All-Freshman team with five selections. Texas A&M and Alabama both had four players land on the team.