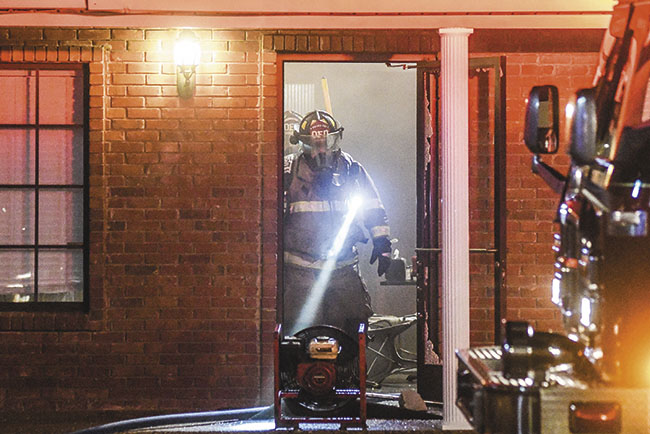 A quick response by the Oxford Fire Department, after a quick catch by ownership, kept fire damage at a minimum at a restaurant on Lamar Boulevard Sunday night.

Oxford Fire responded to a call about a fire at the Southern Coop Restaurant at 7:36 p.m. Sunday for a small fire in backroom where they kept linens, according to OFD.

Damage to the building was considered minimal, and is estimated to cost around $20,000, according to OFD.

The restaurant’s ownership was alerted to the fire due to the presence of video cameras, and quickly alerted the fire department.

After reviewing footage on the security cameras, OFD ruled out any suspicious activity. OFD suspects grease or cleaning solution-stained linens may have been what caught fire in the room, however they have yet to officially determine the cause.

According to OFD, the Fire Marshal is currently investigating the source of the fire.