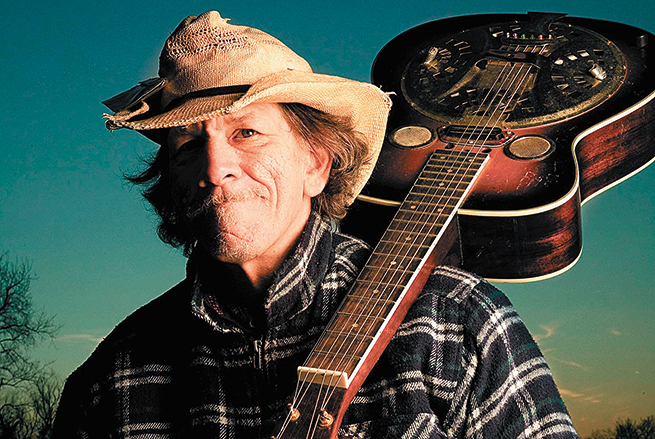 When Jim Dees reflects on the longevity of Thacker Mountain Radio, it surprises him. The popular Oxford radio show is entering its 22nd year and will start its spring season on Thursday.

Since being founded in October 1997 by former Oxford musicians Caroline Herring and Bryan Ledford, along with former Oxford mayor and Square Books owner Richard Howorth, Thacker Mountain has become an Oxford institution.

“When you start something like this you don’t think ‘hey, we’ll go 20 or 30 years.’ You just don’t think that way,” Jim Dees said. “You take it almost week-to-week, maybe year-to year. So, yeah it’s been a pleasant surprise the community has kept it going this long.”

Dees joined as the show’s host in 2000 and has been at the mic ever since.

Howorth named the show after the observation tower atop Thacker Mountain, located five miles south of Oxford. Since its inception, the show’s sole purpose is to spotlight authors, musicians and artists of different mediums on a weekly one-hour show that is live and takes place inside Off Square Books on the Oxford Square. The first show aired on Oct. 15, 1997 at Off Square Books.

With two seasons each year taking place in the spring and the fall, there are around 30 shows a year, including a handful of shows that will air on location in other parts of the state. This spring they will do a show at Delta State University on March 2.

Dees is the voice of Thacker Mountain, but he gives credit to Kate Teague for giving him a show to begin with. Teague is the director and producer of Thacker Mountain, a role she took over in 2016, but she has also been involved with the show in other capacities since 2014.

In the five seasons Teague has overseen, there have been new musical acts that Dees noted would not have even been on his radar to book for the show, giving new-life to the hour.

“Kate is really tuned into music. She is important for us to have younger artists, younger bands, younger musicians,” Dees said. “Some of these bands that play at Proud Larry’s maybe I’m not familiar with and she is tuned in and plugged into music and that’s very important for us. We need to have the whole span of music. All ages, all genres and she’s really brought that.”

In the 22 years of the show’s existence, its popularity has grown locally and regionally. The spring season is Thacker Mountain’s biggest in certain ways with shows included with the Oxford Film Festival, Oxford Conference for the Book and their spring finale during the annual Double Decker Arts Festival.

Drawing bigger crowds for those events requires a space bigger than Off Square Books. The Lyric Theatre has been a blessing to the show, allowing them to hold special editions to accommodate bigger audiences. They do their Double Decker show outside on the main stage of the festival.

These bigger events allow Thacker Mountain to be a part of the festivities, but it’s also put pressure on Teague to continuously put on outstanding shows with the best available guests. However, Teague sees it differently.

“I try my best to always put together a solid show, but I will say that when it comes to having shows at the Lyric or having shows at Double Decker you hope that you’re having new audience members,” Teague said. “Of course, you want to put on the best show that you can so that those people who are experiencing Thacker for the first time will want to keep coming. In that way I think that way there is a little added pressure, but it’s fun.”

While Dees knows that Thacker Mountain’s choice to opt for a bigger venue is a luxury, but he also knows Off Square Books is where everything started and wants to honor that support with loyalty.

“We absolutely love Off Square Books,” Dees said. “Truth be told it would probably be better for us if we moved to a bigger space permanently, but we’re just not going to leave (Off Square Books). That’s our home. It’s so nice to have the Lyric right down the street to fit in a lot more people.”

Thursday’s season premiere will broadcast from Off Square Books starting at 6 p.m. and feature author Garth Greenwell and blues musicians Watermelon Slim and Ben Wiley Payton. The house band, the Yalobushwackers, will also be in attendance. The show is free to attend.