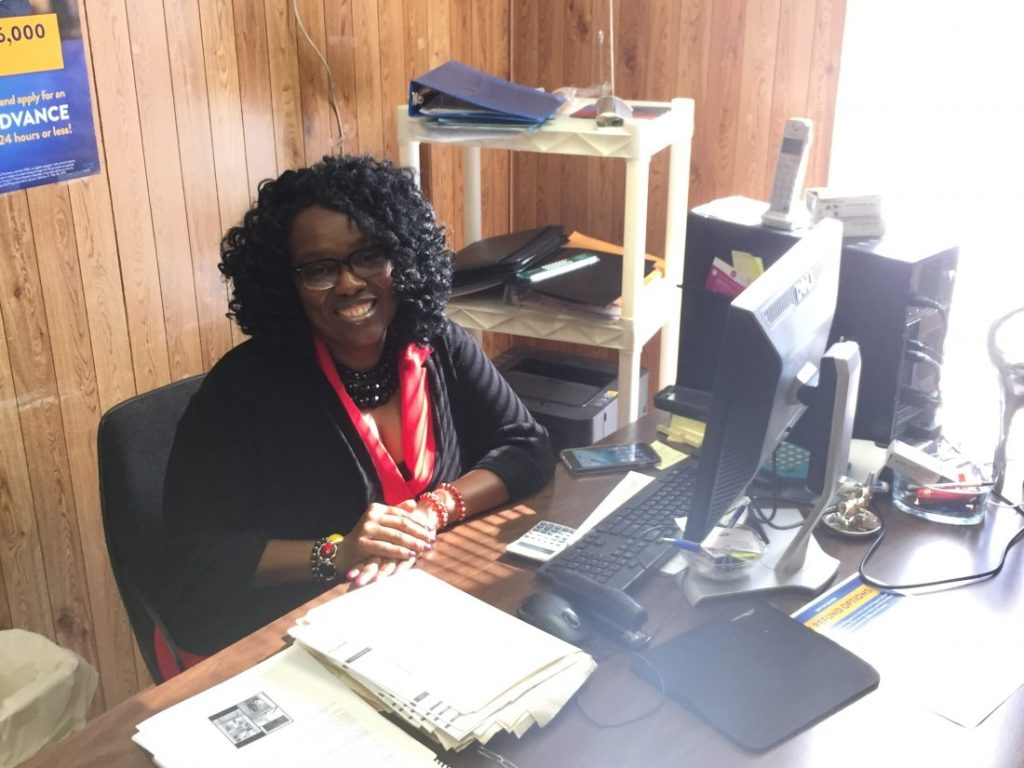 Teresa Coleman sits at her desk at EZ Tax, going into her 19th year of being a tax preparer. (Chris Kwiecinski/Oxford Eagle)

Teresa Coleman describes herself as a perfectionist. And in her profession, being a tax preparer at EZ Tax, striving to be a perfectionist is just part of the business.

Evidence of perfectionist qualities are evident by just walking into her office, and seeing her well-organized desk that features no clutter of any kind.

Everything is where it should be, just like EZ Tax has been for the past decade and Coleman has been as she approaches 19 years as a tax preparer.

In those 19 years, she’s found a profession that allows her to give back to the Oxford community in a similar way to how it gave her an opportunity to be a business owner nearly two decades ago.

When Coleman graduated from Ole Miss in 2000, she was married with had two kids, had a business degree in hand and was ready to start her career. But, finding that first job was more elusive than she thought, until she found a posting for a job at EZ Tax seeking tax preparers.

“I had not ever done a tax return,” Coleman said. “But what I am good at is job interviews.”

Coleman first got the job for $7 an hour, and worked her way to being a branch manager for EZ Tax’s office in Water Valley. Then, she found an opportunity to take over.

Coleman bought the business from its original owner, Brian Martinson, who is now a professor at Tarleton State University, and took over as the full owner of EZ Tax in 2010. This was somewhat poetic, as Coleman was the first person Martinson interviewed when he opened EZ Tax.

Martinson said it was easy to sell the business her opened to Coleman, recalling how the two hit it off in that first interview in 2000 and Coleman’s success leading the Water Valley branch.

“She’s been running it very much the whole time,” Martinson said.

Now, Coleman prides herself on finding a way to give back to the community.

EZ Tax eventually relocated from Water Valley to Oxford, and this allows Coleman to bring on student interns from the University of Mississippi, as well as retirees looking for other work well.

“I know how important it was when I was a student to have real life experiences.” Coleman said. “This job was a help to me, and I want the opportunity to help other people.”

Helping other people is part of the company’s mantra, as EZ Tax was started due to complaints residents had about existing tax companies and Coleman.

“We focus on treating people the way we like to be treated,” she said. “I’m giving them the tax service they want and need, at the same time respecting them.”