City of Oxford to use new public notice signs 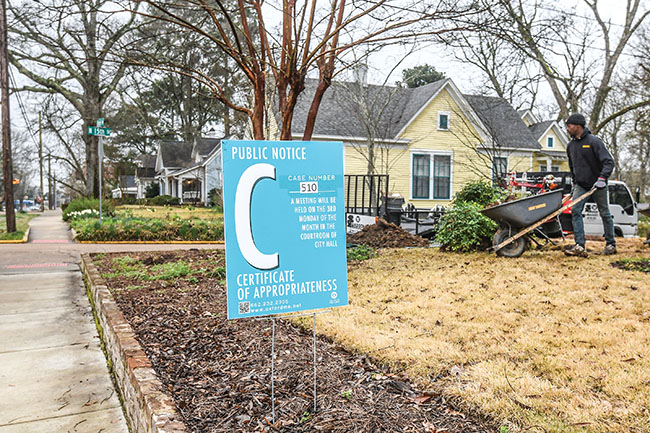 For those who have had a hard time seeing, or even finding, a public notice of a permit around town will not have that problem any longer. The Oxford Planning Department created new public notice signs which they began using this week to alert residents when the city or a neighbor has applied for a permit for an upcoming project.

There are nine different signs ranging from rezoning to demolition and every permit in between. Each one is a different color with a large letter on them pertaining to the type of permit and action the notice is alerting the public about.

“We utilized a vibrant color scheme to draw attention to the sign and included some basic information on the sign for interested citizens to generally understand the nature of the request,” planning director Ben Requet said of the new signs.

There is also a modern aspect of the signs where the city has brought in the use of something nearly everyone has on them at all times, a smart phone. On each sign there is a QR code that people can scan and it will take them the city’s website, and more specifically a landing page for each specific the permit correlates with.

Any camera on an iPhone using iOS 11 or later and later model Android phones can be used as a QR code reader. There are also several free QR code reader apps that can be downloaded.