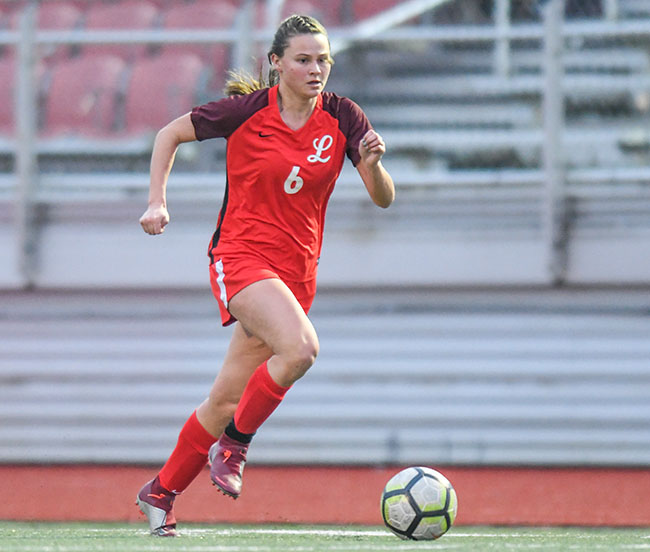 Less than two months removed from their 5A State Soccer Championship, Lafayette senior Katt Moss has officially made her college soccer decision. Signing with Union University in December, Moss held a signing ceremony Thursday in the Lafayette High School library.

Making up her mind before the season in November, Moss settled on the school where she felt comfortable from an early age.

“It’s close enough to come home when I want and close enough that I can still connect with my team here in Oxford,” Moss said. “Wow. I’m actually about to do this. And I haven’t seen a lot of my teammates in a long time – since we won the state championship. Getting everyone here and back together is good and happy.”

Moss has been with the Commodore program since her seventh-grade year. A senior on a very young team populated by a plethora of underclassman, Moss scored 13 goals and tallied nine assists her final year at Lafayette. However, it was her ability to be the mature force on a team filled with younger talent that made her stand out.

“She’s grown tremendously. She’s been through injury and fought through so many things. Her determination to be the best player she can be is great,” said Lafayette head soccer coach Melinda Scruggs. “She definitely became a leader this year and came out of her shell. That was fun to see her do on her senior year.”

From a young age, Moss was proactive about looking at colleges. She knew the opportunity to play at the next level existed. Thursday’s signing was merely a formality on a long process that is finally playing out for Katt Moss.

“It’s funny that we even talk about this. Her freshman year she came to me and talked to me about Union. She had already sought out this university,” Scruggs said. “She’s talked about this school for so long, why would she not want to go there? I’m sure she’s going to shine and do great things at Union.”