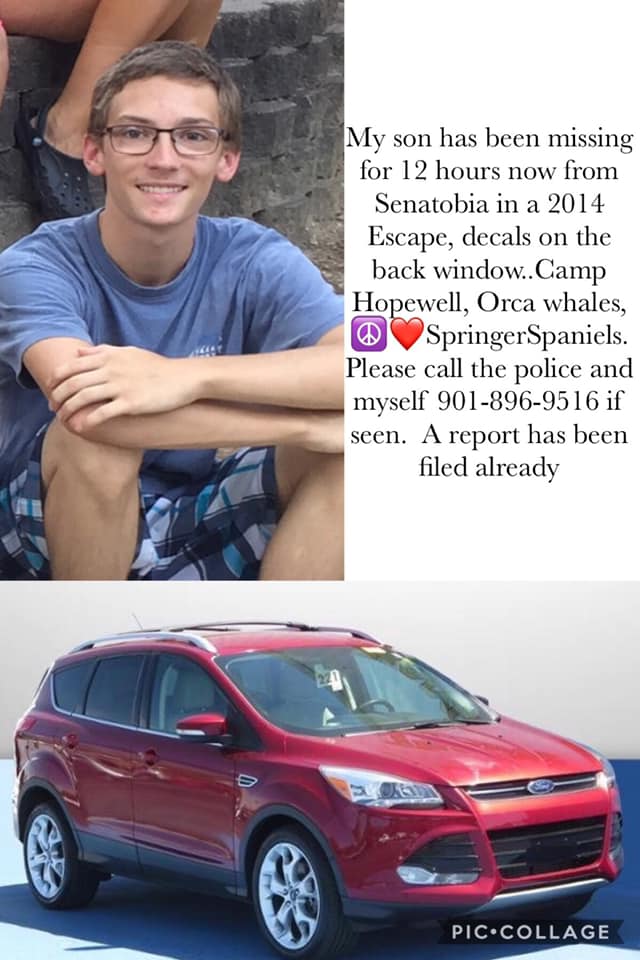 Brandon Woodall, a student at Lafayette High School, has been declared missing, according to a Facebook post from his mother.

April Henry, Woodall’s mother, posted on Facebook Thursday morning, pleading for anyone with information on her son’s whereabouts to call the Senatobia Police Department or her cell phone. Woodall was last seen on Wednesday, driving his mother’s red 2014 Ford Escape. The SUV has stickers for Camp Hopewell, Orca Whales and Springer Spaniels on the back, according to the post.

Lafayette County deputies are currently searching for Woodall at various locations throughout the county.

Portion of University Avenue to be closed