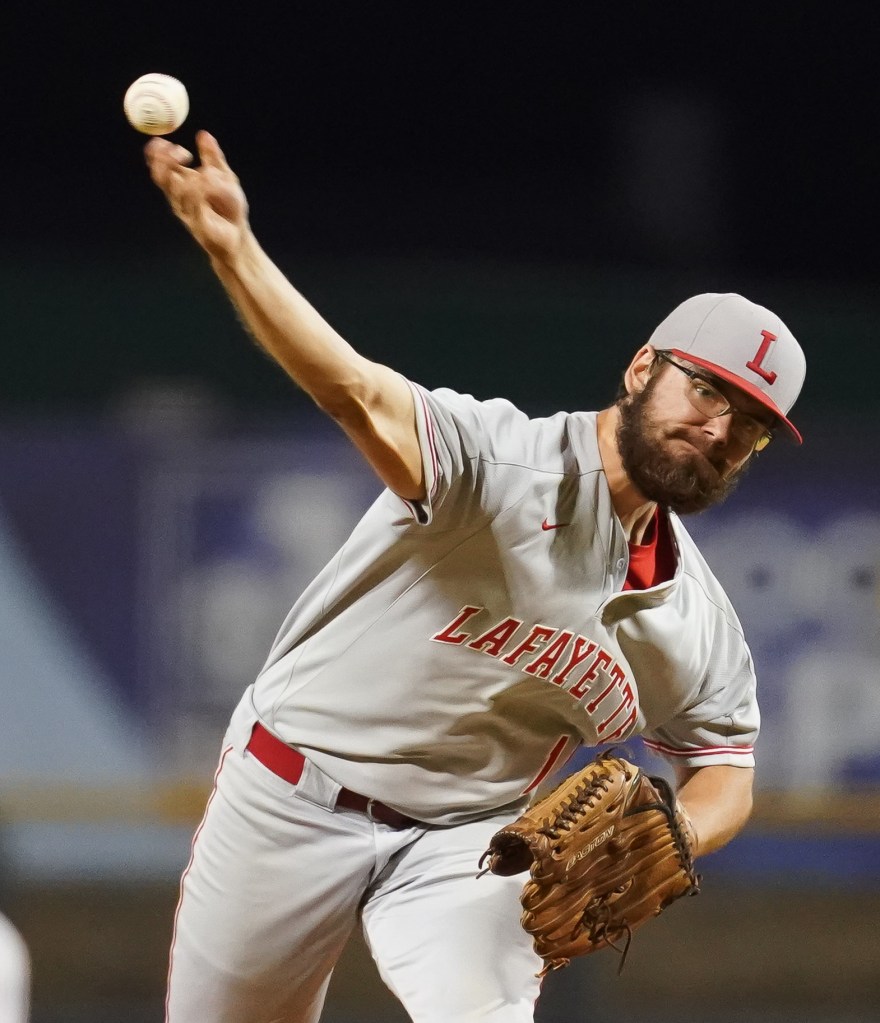 Lafayette High pitcher Zach Meagrow delivers against West Jones during Game Two of the MHSAA Class 5A Baseball Championship held at the Trustmark Park in Pearl, Miss. on Wednesday May 16, 2019. (Bob Smith)

PEARL, Miss – Lafayette head coach John Walker isn’t one for excuses. It’s a character trait clearly passed down to his players, who’s message was the same. After the team lost to West Jones on Thursday night, ending their season being swept in the state title series, they had reason to make those excuses if they so chose.

Mother nature hit the entire state of Mississippi hard last weekend. But she really, really hit the Lafayette baseball team. Due to three-straight days of rain delays, the Commodores were forced to play games two and three of their North-half final series with Saltillo on Monday and Tuesday of this week. They were originally planned for the prior Friday and Saturday.

The problem with this is simple. When the team traveled to Pearl to start the 5A State Championship on Wednesday, they would be playing their third game in as any games. Here’s the kicker – they played game four on Thursday, their fourth game in four days.

College baseball teams never play four games in four days unless it’s a regional or conference tournament. Profession teams do so often, but they’re being paid substantially and often field a suited lineup containing 12 to 14 pitchers. That gets to the problem of Lafayette playing these back-to-back-to-back-to-back games – they weren’t able to field their standard starters.

That schedule caught up with Lafayette in a big way in Pearl. The pitching staff was tired and thin. Chase Parks, who took over to pitch in the third inning on game one, had seen live action just one time since April 12 before coming into pitch Wednesday. Parks actually was really, really good in relief in game one, giving up just one run and striking out five.

Zach Meagrow, who started game two for Lafayette, is a great relief pitcher. But he’s not a starter. Meagrow threw more than four innings just one time this year. On Thursday they asked him to pitch into the fifth. The Commodores simply didn’t have a choice – their top two starting pitchers were simply unable to go in the first two games in Pearl after starting on Monday and Tuesday.

But the fact that he’s primarily a reliever showed. Meagrow was fantastic to start, getting through the West Jones order for the first time hitless. The second time through the order he gave up four hits and walked a runner. It’s not his fault, the situation just dictated the team to ask too much from him.

“I don’t want to say it’s fatigue. These are 16, 17, 18-year old kids. They’re not tired. The problem is just that we’ve played so many games in so many days. That’s not normal,” Walker said. “We’re coming into the state championship without our one and two arms. Not that it’s an excuse – a state championship caliber team can overcome that… We got kind of dealt a sour hand, but championship teams are going to overcome that.”

Those regular guys Lafayette was missing, Foster Westbrook and Taylor Tarver, were a big part of the reason the Commodores were here in Pearl in the first place. Westbrook went a full seven innings while allowing just one run in Tuesday’s closeout win in the North-half. Tarver pitched the previous day.

Offensively, it’s a Lafayette team that averaged 7.4 hits per game entering their trip to Pearl. In their two state championship games combined, they hit just 10 times. The falloff could be due to seeing improved pitching, which they did. But it could also be attributed to that fatigue factor the Commodore coaches dismissed. Age aside, playing four baseball games in four days would be taxing to anyone.

Regardless of situation, as Walker said, a state championship team should overcome. Lafayette wasn’t dealt the best cards at the 5A State Championship blackjack table, and unfortunately for the Commodores, in the end it’s hard to say the poorly drawn cards didn’t have any effect on the outcome of the series.