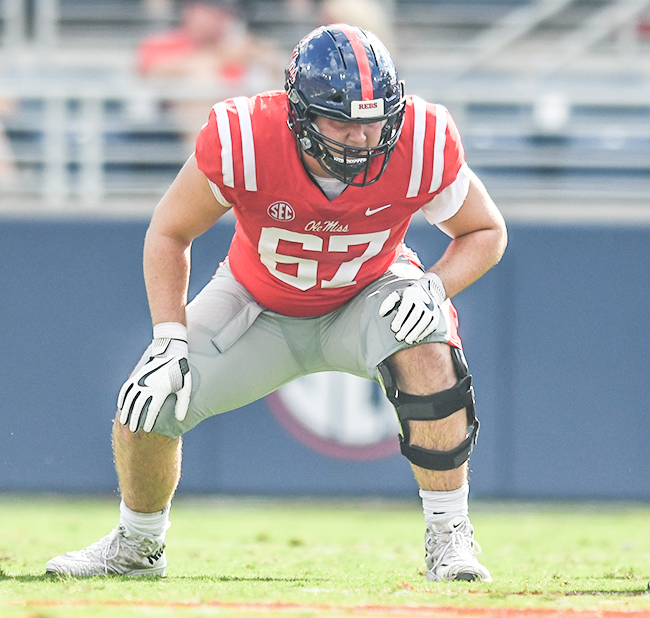 Offensive line was already the thinnest spot on the Ole Miss roster coming into the season. Now, there are more questions.

Ole Miss announced on Monday that senior tackle Alex Givens had undergone a successful offseason surgery on his lower back.

Givens will be limited throughout fall camp, but the team is hopeful that he can return by the season opener on Aug. 31.

The team shouldn’t be worried about Givens missing practices. The senior has had a ton of game experience, and despite learning a new offense, should fit in just fine when healthy. The real issues are: who will replace Givens if he isn’t ready, and what happens if someone else goes down?

Ole Miss replaces three starters on the line from last year’s unit, two of whom were NFL draft picks. There are some upperclassmen to step in, but Givens is the most experienced returning player. If Givens can’t go, the likely reserves the team will turn to are either senior Michael Howard or junior Chandler Tuitt, both of which present a different set of problems. Howard is a natural tackle, but is well undersized at just 268 pounds. Tuitt is a natural guard.

We now have an official #OleMiss football depth chart entering the fall pic.twitter.com/rgzrH4m46Q

Outside of those two, the only other reserves the Rebels have are freshmen. The team signed seven lineman that will be true freshman this year and have two more than redshirted a year ago. If the freshmen need to be used, and they’ll certainly have to be on the depth chart, Nick Broeker (6’6”, 288-pounds) and Darius Thomas (6’6”, 340-pounds) would be the two with the recruiting pedigree and body ready to step in and help out.

Line play is always critical in football. The way Rich Rodriguez likes to run the ball makes it even more so, valuing a line working in sync and good communication. That becomes harder when you have key cogs missing significant time.

All the speculation may be for naught. Alex Givens could be ready to go when Ole Miss takes the field against Memphis. But, he did just have a lower back surgery, and back injuries are nothing to take lightly.