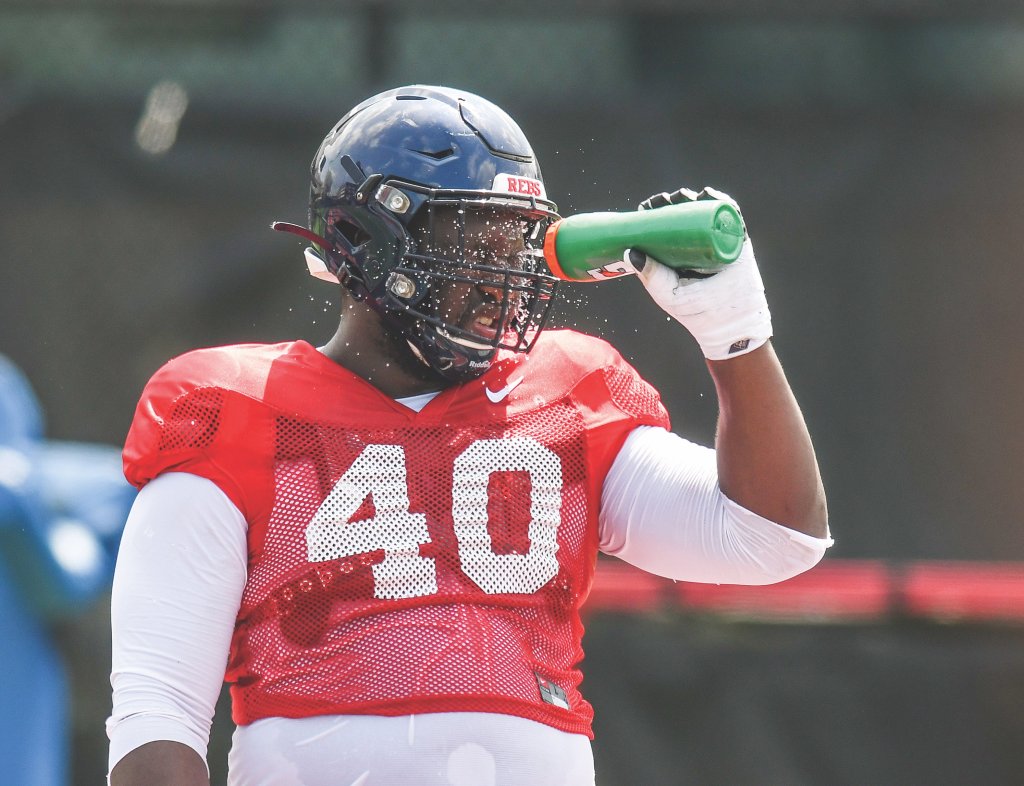 Ole Miss football held day three of open practice on Wednesday morning, marking the media’s third opportunity to see what the new-look Rebels will be as the 2019 season approaches. Below are some quick takeaways from observing Ole Miss practice.

With every day of practice, it seems like the Rebels are getting more clarity on the backup quarterback situation. Redshirt freshman Matt Corral is clearly the starter, but there are three true freshmen in full competition for who will open the year as his backup. For now, it seems like Grant Tisdale and John Rhys Plumlee are pulling ahead of Kinkead Dent. For what it’s worth, Rich Rodriguez said there’s still a lot of time for the competition to shape out.

Grant Tisdale and John Rhys Plumlee seem (**to me**) to be pulling ahead in the battle for the #OleMiss backup QB job. Tisdale taking reps as QB2, Plumlee as QB3.

Dent and Tisdale had the benefit of being on campus for the entire spring. Plumlee just showed up over the summer, but is already going through drills before Dent. On Wednesday during open parts of practice, Tisdale got some work with the first team offense, while it was Plumlee leading the second team with Dent. However, during walkthroughs before practice, the second team was all Plumlee.

It helps that Plumlee and Tisdale are more in line with the type of mold that Rich Rodriguez likes his quarterbacks to fit in. Tisdale was recruited as a dual-threat quarterback, and Plumlee simply as an “athlete.” Dent is a pocket passer. The Rodriguez offense has always been at its best with a mobile quarterback. There’s still a lot of time to go, but it seems like Tisdale is the early frontrunner for the backup role with Plumlee coming on strong in fall camp.

Ole Miss showed its hand defensively for the first time on Monday, unveiling the first team defense in practice. One omission on Monday was that of Josiah Coatney. A senior and two-year starter on the defensive line, Coatney was working with the third team on Monday. On Wednesday during pursuit drills, he was out on the interior of the line like fans have come to expect. With the move to the 3-4 defense, there’s only room for one interior defensive lineman, meaning Coatney and fellow senior Benito Jones (who was the first-stringer on Monday) will likely just be substituting at the position.

With Alex Givens sidelined, who will fill in for Ole Miss at right tackle has been a huge question in the fall. Givens may be back for the Memphis game to start the season, but there’s a chance he may not. Depth at the line is already an issue, but the Rebels brought in seven freshmen to help booster that in the 2019 recruiting class. At one point on Wednesday, the entire second team line was freshman. But the first team has remained the same throughout camp. Michael Howard has been Givens’ replacement at right tackle every day, with Ben Brown, Eli Johnson, Royce Newman and Bryce Matthews starting on the line (from right to left) every day in practice.