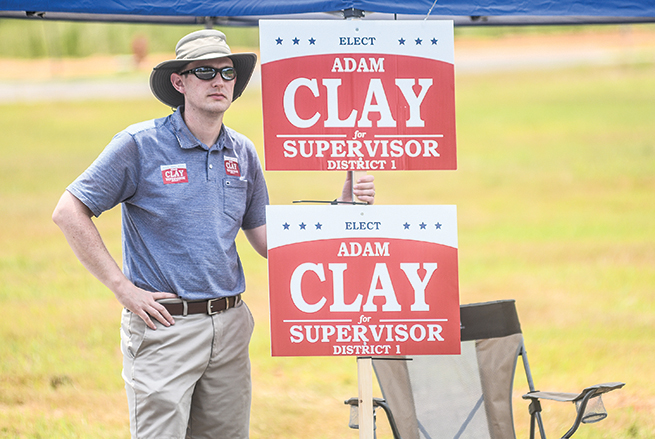 Once the dust settled from Tuesday’s primaries, there were still a few races that have yet to be decided.

Three races involving Lafayette County supervisors will go to a runoff in three weeks. Runoffs are required if a candidate does not receive 50 percent, or a majority, of the votes.

In the District 2 race to determine Jeff Busby’s successor, the Democratic primary was forced into an Aug. 27 runoff between Ava Halon Bonds Gossett and Joshua T. McGlawn. Gossett received the most votes in Tuesday’s election with 280 (22 percent), but McGlawn was close behind with 268 votes (21 percent). The winner will face Larry Gillespie, who defeated Chad Mills by 19 votes in the Republican Primary.

Busby was not seeking re-election, but was seeking the office of Lafayette County Circuit Clerk, which he won Tuesday night with 80 percent of the vote.

Another Democratic primary was forced into a runoff. The District 4 supervisor race will be settled between incumbent Chad McLarty and Duncan Gray. McLarty picked up 413 votes (39 percent) and Gray received 364 votes (34 percent). The winner will face Republican Derek Mooney, who ran unopposed in Tuesday’s primary.

With current District 1 supervisor Kevin Frye running for a state senate office, there is another open chair on the Board of Supervisors. The Democratic candidate for November’s general election was finalized on Tuesday, with Brent Larson running unopposed. Larson’s opponent will not be known for several weeks, with Harold Brummett and Adam Clay being forced into a runoff. Clay took home the most votes with 438 (40 percent) and Brummett received 351 votes (32 percent).

Runoffs are open to any registered voter even if they did not participate in Tuesday’s primaries. However, voters are required to vote within the confines of the same party they voted for in the initial election.