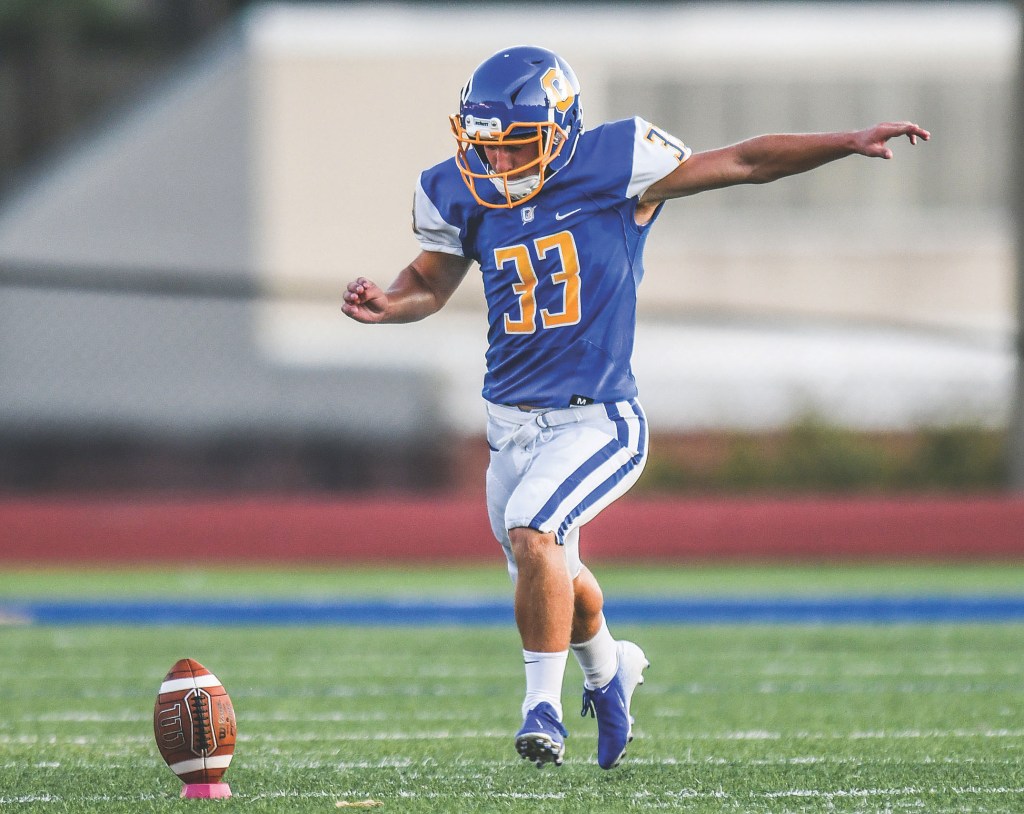 Oxford High School’s Jack Tannehill is starting to get some national attention.

The Chargers senior kicker and Ole Miss commit is having an exceptional year on the gridiron, and it’s earned him some opportunities that go beyond high school football.

Earlier this week, Tannehill was invited to compete for the U.S. Under-18 National Team at International Bowl XI. The USA will take on Canada in a game on Wednesday, Jan. 15, 2020 at AT&T Stadium in Dallas, the home of the Dallas Cowboys.

Tannehill was already on radars entering 2019, having committed to play for Ole Miss over the summer. But he’s taken things up a notch again through just four games this season for Oxford.

Two weeks ago, Tannehill went 3 for 3 on field goals, including twice tying his career long from 44-yards. He also threw a successful two-point conversion pass in the game against Grenada. Last week against Lafayette, Tanehill set his career long, scoring from 47-yards.

“(Tannehill) is such a weapon,” head coach Chriss Cutcliffe said. “It doesn’t come by accident. He works really hard at what he does. Also, credit to Aubrey Bishop as the holder and Kortlen Wilfawn as a snapper. Those guys work really hard at their craft and do a great job being consistent.”

Just a junior at Oxford, he’s already getting himself on the radar of Ole Miss fans. The Team USA nod isn’t the only accolade of late for Tannehill. A week prior, Tannehill was one of five finalists for the Kohl’s Kicking National Player of the Week.