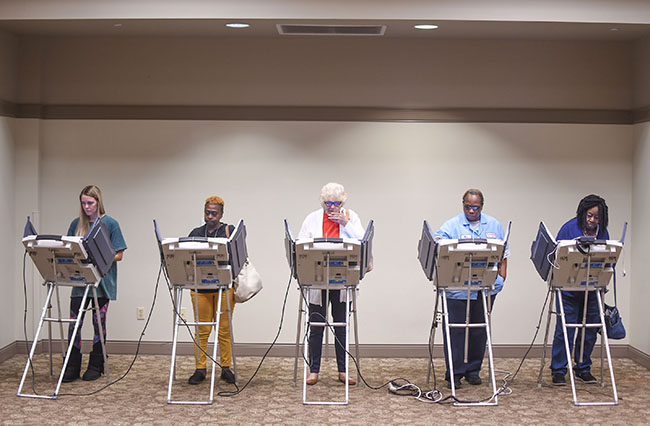 After experiencing malfunctions at a few polling precincts during the Aug. 27 runoff elections, all Lafayette County polling machines are ready for Tuesday’s general election.

When voters selected Bill Waller, Jr. during the Republican gubernatorial runoff, their vote was initially counted for Tate Reeves. One person posted a video on social media showing himself selecting the box for Waller and the vote going to Reeves instead.

Lafayette County Circuit Clerk Baretta Mosley confirmed to the EAGLE that the problem voters experienced in August was an isolated incident and due to a “shipping and setup” issue.

“We have always tested and [maintained] all machines we use in the election,” Mosley said to the EAGLE. “The problem the last time was a calibration problem caused by shipping and setup at the polls. Poll workers are and have been instructed when the problem is reported to call for the election tech to come and re-calibrate the machine.”

Mosley went on the say the issue is not “unique” and occurs quite often, but is typically an easy fix. Poll workers have instructions provided to them and have specific training to address such an issue as the one that took place in August.

Prior to Tuesday’s election, all poll workers were retrained on procedures to handle the issue, according to Mosley.

Voting precincts in Lafayette County will be open from 7 a.m. to 7 p.m. on Tuesday, Nov. 5.