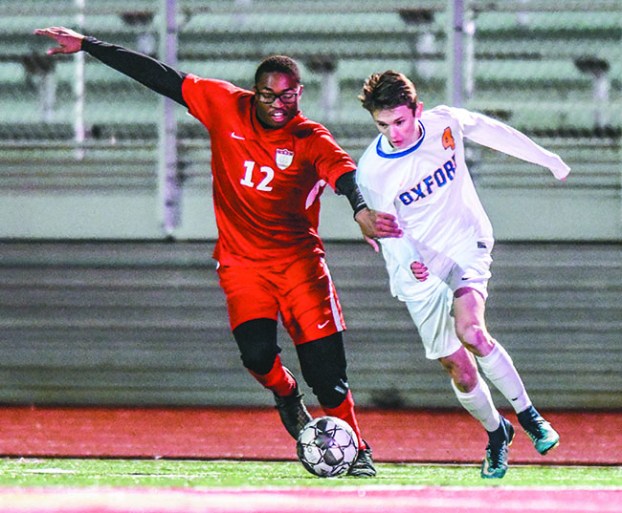 Turnover is just the nature of the business in high school sports. However, the Lafayette boys soccer team is dealing with quite a bit more turnover than normal.

With the start of their 2019-20 season, Lafayette is without nine seniors from last year’s team. It’s quite a bit of turnover, but nothing the Commodores weren’t prepared for.

Last year’s team was deep, propped up by that large senior class. The deep roster allowed coach Gene Anderson to play around 20 guys in a regular game, often making hockey-style line shifts to get a lot of kids experience and keep the starters fresh. The good news for this year is that the big group of now-sophomores and juniors who weren’t starters a year ago have a lot of real, in-game experience.

To Anderson, the one big thing that’s changed this offseason, with the changing roles and plethora of departures, is an understandable difference in the energy.

“When you lose that many guys, it’s going to be a totally different dynamic. This group is just having a lot of fun playing soccer. They’re having a blast,” Anderson said. “Today, honestly we didn’t practice very well. But they had a lot of fun doing it. And I think when you’re having fun practicing, the whole thing is better. You’re going to work harder and put forth more effort. There’s going to be more camaraderie. The whole dynamic shifts.”

The shifting practice-style dynamic isn’t the only thing in flux for the Commodores this offseason.

Anderson is going to use some key players in quite different roles this season than last year. Osvaldo Arelleno, who was second on the team in scoring last season as a freshman, will be moving from forward to wing. Anthony Jones, who was third on the team in points a year ago as a sophomore, is moving from midfield to forward. It’s just two in a handful of changeups that are quite understandable on a roster with this much change from the prior year.

Another dynamic shift for the Commodores actually comes off the grass. Anderson says the way this unit is approaching the weight room is just different than past teams. Sure, having a stronger team is always an advantage, but for Lafayette it’s a little bit more than that.

“We’ve really made more of an emphasis on getting stronger and faster,” Anderson said. “It’ll be fun to see how, performance-wise, it helps us. But really, I’m hoping it helps keep us injury-free as well.”

On a team with as many sophomores and juniors as this Commodore unit, it’s even more important to have a core group of senior leadership.

Those roles this year will be filled by midfielder Jake Moore and defender Jakyland Jones. Anderson said he’s seen a noticeable difference with these two seniors and particular. Stepping into that senior leadership role, their competitiveness and work ethic is really brining it out in the younger guys, particularly on the practice field.

Lafayette plays in a particularly tough division this year. Center Hill deserves singling out, going 15-2-1 a year ago. Yet for the Commodores it’s simple: the goal is to finish first or second in the division, setting themselves up for a January playoff turn.

It didn’t take long for Morgan “Mo” O’Connor to take her on-field impact from Oxford High School down the road... read more