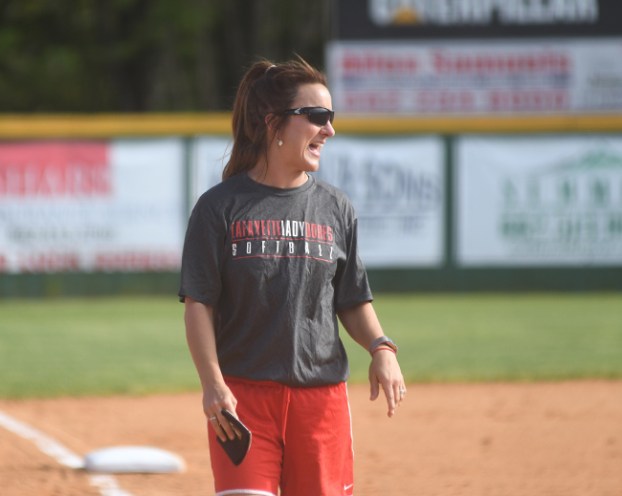 No decision made in Lafayette softball coach’s appeal of reassignment

Katie Jenkins is still waiting to find out if she will stay on as Lafayette High School’s softball coach.

During Monday’s meeting Lafayette County School District Board of Trustees, Jenkins was granted an opportunity to speak to the Board regarding her appeal of the school district’s decision to reassign her.

Jenkins requested her appeal hearing with the school board be made public, but at the start of Monday’s meeting, board member Mike Gooch made a motion to go into executive session, which was seconded by Brent Larson.

During the executive session, which lasted over an hour, Jenkins and her lawyer, Chris Latimer, presented their case to have the reassignment reversed. Following Jenkins, Lafayette athletic director Greg Lewis then met with the Board.

Approximately 30 current and former softball players and their parents were in attendance for Monday night’s meeting in support of Jenkins. None of them were allowed to speak on Jenkins’ behalf before or after the board went into executive session. The reason given by board president Kimberly East was that the parents and players were not on the meeting agenda.

None of the players who made the allegations or their family members were at Monday’s meeting.

After the meeting, Lafayette school superintendent Dr. Adam Pugh chose to not make a comment regarding the matter, citing the issue being a personnel matter and under the advisement of Shea. S. Scott, the school district’s attorney.

“(Jenkins) deserves to know what the decision is before anybody else,” Scott said. “It’s a personnel matter. She can let you know when she wants to let you know.”

Jenkins confirmed after the meeting that the Board did not come to a decision and did not give her a time frame of when a decision might be made. She is still not allowed to interact with the softball team in a coaching capacity, but is still employed with the school district as a math teacher.

Following her reassignment, Jenkins’ assistant coaches quit, leaving the softball team without a coaching staff as of now, with three months to go before the 2020 season begins. Lewis, who has served as an assistant coach under Jenkins on two separate occasions, is currently overseeing any offseason softball activities.

Turnover is just the nature of the business in high school sports. However, the Lafayette boys soccer team is dealing... read more