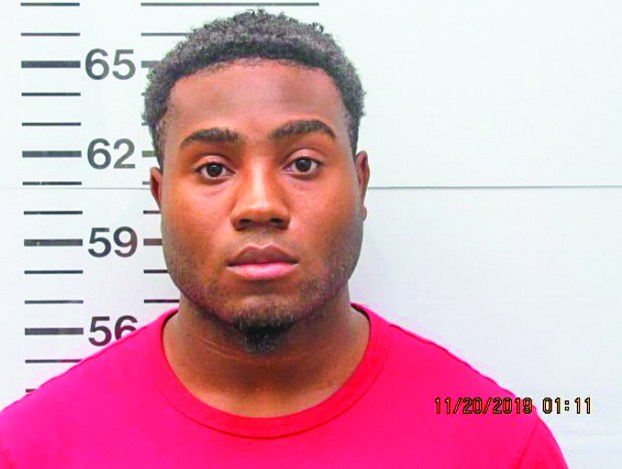 Earlier this month a man was arrested for firing approximately six shots towards the outdoor patio area of Oxford’s Buffalo Wild Wings. On Tuesday an accomplice was also arrested and charged.

On Nov. 3 around 2 p.m. a male fired toward an individual whom he thought he had gotten into an argument with the night before, but was actually a patron eating at the restaurant. Later that day, Bobby Parks was arrested and formally charged with firing into an occupied dwelling.

Parks entered a vehicle before firing, and officers with the Oxford Police Department were unable to identify the driver at that time. Later in the investigation, a warrant was issued for BParis Parks, 22 of Batesville, who was identified as Bobby Parks’ driver.

On Tuesday, the DeSoto County Sheriff’s Department took BParis Parks into custody during a traffic stop. He was then taken to the Lafayette County Detention Center and charged with Drive By Shooting and issued a bond of $50,000.

A Georgia man was arrested after multiple shoplifting incidents at the Oxford Walmart. On Nov. 15, officers with the Oxford... read more