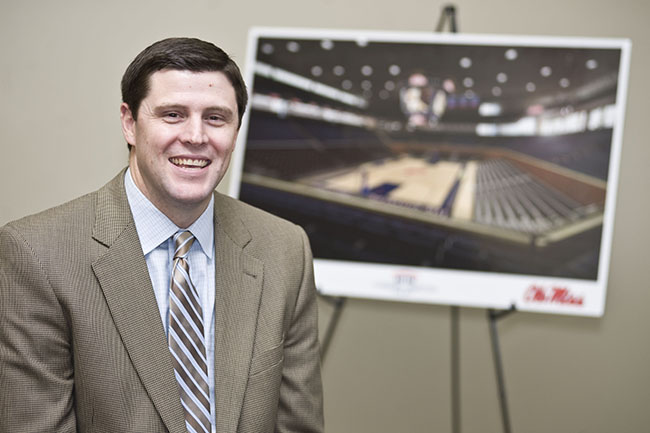 Keith Carter, the former basketball All-American at Ole Miss who has been serving as the interim athletic director, will be formally announced as the school’s permanent athletic director in a press conference on Friday afternoon at 1 p.m.

“This search was committed to finding the right leader who possesses the integrity and character needed to lead Ole Miss Athletics, a strong and proven record of success and excellent management and interpersonal skills,” said University of Mississippi Chancellor Dr. Glenn Boyce.” We were looking for someone who wants to be at Ole Miss, and who believes all of our programs can compete and win at every level. Keith Carter is absolutely the best person to lead Ole Miss Athletics to a new era of success.”

Carter replaces Ross Bjork, a mentor of his who left in May to take a similar role at Texas A&M. Carter was named the interim athletic director back on May 27 by Interim Chancellor Larry Sparks.

“The Chancellor’s charge to the committee was to hire the best Athletics Director for Ole Miss,” Glenn said. “After conducting an extensive search and interviewing a number of outstanding candidates, including sitting ADs from across the country, the committee made a unanimous decision to recommend Keith Carter. Keith’s extensive background in fundraising and athletics administration, combined with years of experience at Ole Miss, were important factors in the committee’s decision.”

Joining the Ole Miss athletic department in 2009, Carter served under Bjork as the Executive Director for the Ole Miss Athletics Foundation since 2012. Since 2012 under Bjork, the University of Mississippi athletics department saw revenue numbers that more than doubled from then to where it is now – from around $57 million to $117 million.

With Carter directing the Foundation, donations reached a peak, experiencing their four highest single-year numbers of all-time, including a record number of $45.6 million in 2015-16. In 2016, Carter was named the Fundraiser of the Year by the National Association of Athletic Development Directors. Of the major gifts under Carter’s tenure was a $25 million donation from Jerry “Doc” Hollingsworth, which included 10-million dollars in cash and is still the largest single gift in Ole Miss athletics history.

Carter was a four-year starter for the Rebel basketball team, being named an All-American following his senior year in 1999. During his time at Ole Miss, the team won two SEC West titles and he was individually named All-SEC on two occasions. Following his time at Ole Miss, Carter would go on to play basketball professionally in Europe for seven years. He played professional basketball in Italy from 2001 until 2008.

“I want to thank Chancellor Boyce for his trust in me to lead this great athletics program forward,” Carter said. “In my time as a student athlete and an administrator, I have experienced championship heights at Ole Miss, and I will work to provide the leadership and resources necessary for our teams to compete at that level year in and year out.”