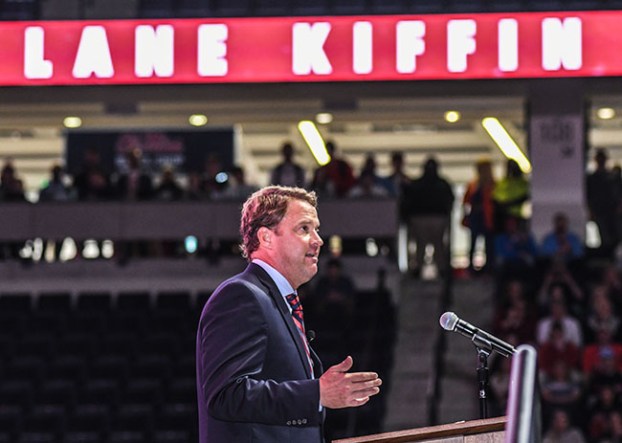 There are many reasons for Ole Miss fans to be excited about the team’s ability to lure Lane Kiffin out of Boca Raton and into Oxford.

However, there’s no denying the hiring decision comes with a history of controversy.

Kiffin hasn’t stayed in a destination longer than three years since 2006. Some of that was being an assistant at Alabama and wanting his own program again, but much of it relates to unseemly fallouts at prior destinations.

In 2008, midway through his second season with the Oakland Raiders, owner Al Davis fired Kiffin over the phone. In the ensuing press conference, Davis called Kiffin a “flat-out liar” and accused him of “bringing disgrace to the organization.”

After one season coaching at the University of Tennessee, Kiffin just left. In fairness, he was leaving to go back to the University of Southern California, where he worked for six seasons under former head coach Pete Carrol. However, the way his USC tenure ended resembled yet again that unfavorable fallout in Oakland.

Two games into his third season with the Trojans, after losing 62-41 to Arizona State, USC athletic director Pat Haden called Kiffin off the team bus at 3 a.m. in Los Angeles, firing Kiffin on the tarmac.

“When you go through obstacles, those sometimes feel like really bad things,” Kiffin said Monday when asked about his track record. “You can have something like the firing at USC, when you feel like at the time it’s the end of the world and like you’re never going to get a coaching job again. Or you’re in sanctions, all that stuff that you go through. Then I look at that differently now and I say, ‘Hey, you know what? Had that not happened I would have never gone to work for Nick Saban.’ So, that obstacle really helped me develop.”

His rebuilding project with Saban at Alabama went relatively smoothly. Sure, Saban was upset when he took the Florida Atlantic job and made him step down before coaching in the playoffs. Compared to past exits, though, it wasn’t too bad. Since that time, Kiffin’s been out of the spotlight working at a relatively unsexy FAU job. He claims he’s grown up. He claims he’s matured. The way he approaches coaching philosophy and interacts with people seems to be different.

The new Ole Miss head man spoke honestly about his past – or at least he acted publicly like he was. Kiffin said he credits Ryan Holiday’s book The Obstacle Is the Way for sort of changing the way he approaches life and coaching. He credits the read with opening his eyes to look at his past transgressions in new light. To Kiffin, those prior obstacles led him to Oxford, a job he’s truly excited about.

Kiffin said he wants Rebel fans to know the last three years have been different for him, philosophically. His USC and Alabama days churned out NFL Draft picks like a robotic assembly line. He directly coached three Heisman Trophy winners during those years: Matt Leinart, Reggie Bush and Derrick Henry, and was on the staff at USC for Carson Palmer’s Heisman campaign, coaching the USC receivers in 2002.

That’s still important. Developing and recruiting players is still going to be vital for Kiffin, but he wants fans to know it’s not the only thing he’s focusing on.

“I feel like I was a head coach before back to USC, and was an offensive coordinator being a head coach and developed the players and had a lot of players drafted. Then I really kind of changed and realized okay, there is more to this,” Kiffin said. “That’s not my calling. God’s calling for me wasn’t just to get guys to the NFL and make a lot of money; it was to develop them off the field, have relationships with them and help them carry themselves.”

Nothing but time will tell if the Lane Kiffin tenure at Ole Miss will show the level of maturity claimed by the new head man. For now, Rebel fans just have to wait and see while adjusting their mindsets to a very different brand of Ole Miss football.