City of Oxford to hold celebration for Chargers’ 6A state championship 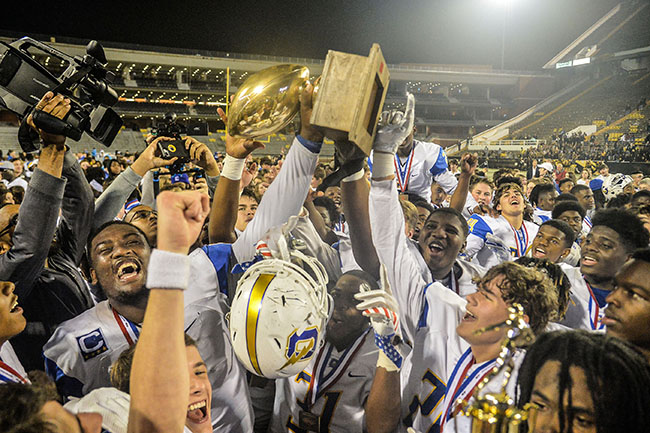 Oxford High School’s first football state championship in program history deserves a proper celebration, and the City of Oxford is doing just that.

On Tuesday, the City is holding a celebration on the Downtown Square for the Oxford Chargers’ Class 6A state title. The Chargers finished 14-1 and clinched the championship in a dramatic, come-from-behind win over Oak Grove on Dec. 6 in Hattiesburg.

The event was orginally scheduled to take place on Monday, but the threat of inclement weather forced the rescheduling on Friday morning, per Oxford School District’s public information officer Heather Lenard.

The football team will be honored, and head coach Chris Cutcliffe will speak along with Oxford Mayor Robyn Tannehill. The mayor said the City’s Board of Aldermen meeting will still go on as planned at 5 p.m. and they will work around the celebration taking place just outside.

The celebration begins at 6 p.m. in front of City Hall. Leading up to Monday’s event, the water tower located near the Square will honor the Chargers with a different lighting setup each night this week from 5 to 8 p.m.

Charger hoops return home from DC ‘trip of a…