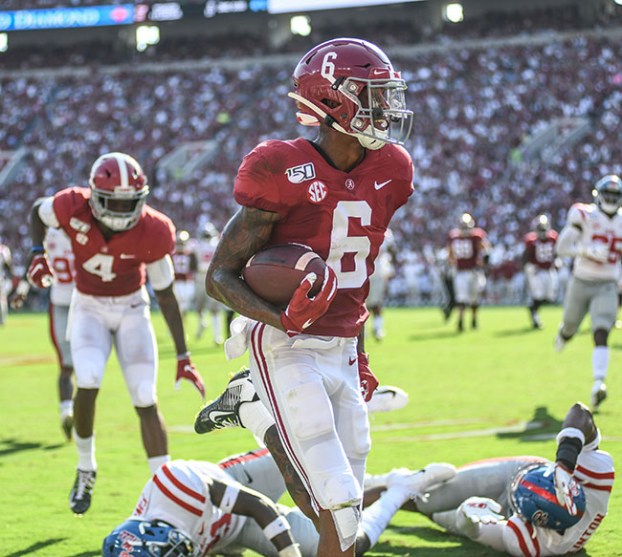 Bowl season is upon us, and Texas A&M kicked off the bowl new year for SEC teams on Friday, a late evening game against Oklahoma State.

Beginning with that game, the SEC will appear in nine bowl games over the course of seven days, including LSU in the most important one: the opening round of the college football playoff on Saturday. The first four games, including that LSU and Oklahoma tilt, were previewed in yesterday’s paper. Today, we take a look at the final five bowl games for the SEC.

It’s hard to find exactly what Virginia Tech does well. They had some good wins, beating No. 19 Wake Forest 36-17, but also lost to Duke by 35 at home and most recently allowed 19 points from Virginia in the fourth quarter to lose in a rivalry game.

Meanwhile, where Virginia Tech allowed 19 points in the fourth quarter of their most recent game, Kentucky has allowed a combined 54 points to its last five opponents. Granted, sure those last five games were Vanderbilt, Tennessee, Louisville, Missouri and Tennessee Martin, but it’s still an impressive feat.

The Kentucky offense has been one of the more interesting things to watch in the SEC all season. Starting quarterback Terry Wilson tore his patellar tendon in the team’s second game of the season. Inexperienced backup Sawyer Smith was dealing with a wrist injury. Instead of going to a third quarterback who wasn’t ready and burning redshirts, the Wildcats turned to… a receiver.

Down 28-0 to South Carolina in week five, Kentucky put receiver and kick returner Lynn Bowden Jr. in at quarterback. They still lost the Kentucky game, but won five of their last seven with Bowden at quarterback. In just seven full games at quarterback, Bowden became the SEC’s third leading rusher.

Minnesota started the year 9-0. They then lost two of their last three games to No. 16 Iowa and No. 8 Wisconsin. The Gophers have shown the ability to beat really good teams, i.e. a 31-26 win over No. 10 Penn State back in November, but have also struggled in wins against lesser opponents.

On the other hand, Auburn has lost three games this year, but done so against three of the nation’s top-7 S&P+ teams: LSU, Georgia and Florida. Auburn is also coming into this game with quite a bit of confidence, especially on offense – they just put up 48 on Alabama their last game out.

Since the start of the College Football Playoff in 2014, this is the first year Alabama has not appeared in the final four at the end of the season. It’s hard to really evaluate where the Tide stands to this point. We shouldn’t be worried whatsoever about Nick Saban not getting his guys ready to play in a bowl game with less at stake than prior years, but there are so many question marks surrounding this Alabama team.

We’ve seen just one game against an FBS opponent of Alabama without quarterback Tua Tagovailoa. The Alabama quarterback was just about the only person with a remote shot at dethroning Joe Burrow’s Heisman run before dislocating his hip, ending his season, against Mississippi State in November. In his only real test as the Alabama starter, Mac Jones played admirably, throwing for 335 yards and 4 touchdowns, intercepted twice, in a 48-45 loss to Auburn on the road. As prior mentioned, the Auburn defense ranks No. 4 nationally in defense.

Now, Jones gets extended reps as the starter entering a game against the nation’s No. 9 defense in Michigan. John Harbaugh has built this Michigan team to a perennial winner; the problem is they’ve just failed to win big games like this. The Wolverines have won by double-digits in three of four games under Harbaugh. Yet, despite the 10-win seasons, they’re just 1-3 in bowl games and have lost three straight. Historically, these aren’t the kind of games Michigan has won of late.

An interesting note going into this one: Michigan is a whopping 0-16 straight up in their last 16 games as an underdog in Vegas – they have covered in seven of those games. Meanwhile, Alabama is 6-1 against the spread in their last seven games against the Big10. All signs point Tide.

Life has been hard on Georgia quarterback Jake Fromm this year. Fromm threw passes to 19 different bulldogs this year, not really because he’s spreading the ball around a ton, but because there’s been so much turnover. Two of Georgia’s top four receivers, Lawrence Cager and Dominick Blaylock, will miss this bowl game with injuries. The top Bulldog receiver, George Pickens, is a true freshman.

Despite how good the running game has been, with D’Andre Swift averaging 6.2 yards per carry, this lack of continuity has hurt the Georgia offense. Coming into this game, the Bulldog offense led by a likely first round pick quarterback in Fromm, is just No. 34 in S&P+.

The reason the Bulldogs are so good, and they have still lost twice, is because of the other two sides of the ball – Georgia has the nation’s No. 2 S&P+ defense and No. 1 special teams.

A big portion of the lead up to this game from the Baylor side revolves around starting quarterback Charlie Brewer. Brewer, who suffered a concussion in the second quarter of the Big12 Championship game, has been in the concussion protocol. However, reports as of Thursday make it seem optimistic that he’ll be good to practice leading up to the game and good to play. Brewer’s presence will be critical, as the junior has thrown for 2,950 yards this season and is completing more than 65 percent of his throws.

Baylor has lost just twice this year. They’ve only lost to one team: Oklahoma, who is playing LSU in the opening round of the playoff on Saturday. An underrated part of the Bears team is their defense. It’s not Georgia good – they rank No. 16 in S&P+, not No. 2 – but they’ve only allowed one game where a team scored over 30 points, giving up 34 to Oklahoma in the first of two meetings. Trust Baylor, if Brewer is able to go, to keep things close.

At the start of the bowl season, Indiana was a small favorite in this one. Now, the line has moved to favor the Volunteers.

The Hoosiers just put together their first eight-win season of this century and have a chance to match their school record with a ninth win against Tennessee. The Volunteers, on the other hand, were downright embarrassing to start 2019 before stringing together wins in six of their last seven games to get to bowl eligible.

A big part for the Tennessee turnaround comes on the defensive end. Over that seven game stretch to end the season, the Volunteers allowed just 16.6 points per game for a defense that now ranks No. 21 nationally by S&P+. Who wins this game will likely come down to that side of the ball – the Volunteer defense vs a Hoosier offense ranking No. 14 in the country by S&P+.

Ole Miss didn’t play their prettiest 40 minutes of basketball on Sunday in the Pavilion. Regardless of a very slow... read more