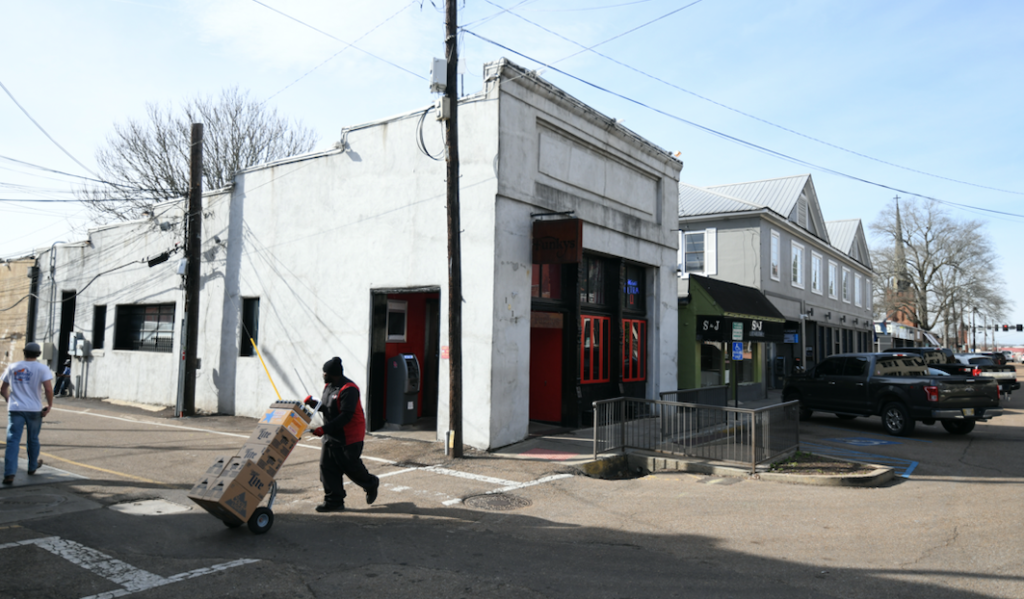 Beer is delivered to a restaurant and bar on the Square in Oxford, Miss. on Thursday, January 9, 2020. (Bruce Newman, Oxford Eagle)

While City officials feel the mix of tenants in the downtown area is “good” now, they want to begin planning for the future.

During a special meeting called ahead of their regular meeting on Tuesday, the Board of Aldermen moved to form a committee to examine the Downtown Square and form a plan for its future in the next 20 years.

Alderman Janice Antonow brought up the idea when she clarified her suggestion regarding limiting the growth of bars and restaurants on the Square. When discussing the issues, she mentioned the Vision 2020 Plan, 2004 Comprehensive Land Use Plan and the Vision 2037 Plan, which all state the most important asset the City of Oxford has is the Square and the historic neighborhoods that surround it.

“We have not really done any planning, specifically, for our downtown area,” Antonow said. “We should have a vision for downtown that extends out 20 years. There was no plan 20 years ago and it’s evolved and it’s great. Right now, I think we have a good mix, but my concern is what happens in the next 20 years if the student population continues to increase?”

Antonow used the downtown area of Blacksburg, Va., home of Virginia Tech University, as a comparison of what could happen if the Square continues to take on a heavy population of students from the University of Mississippi and discourages non-students from visiting or non-student-focused tenants from placing their potential businesses there.

“The townspeople (don’t) come anymore because it’s strictly bars, sports bars and other restaurants. It’s not really a downtown that services the whole community,” Antonow said of the Virginia town.

City planning director Ben Requet was in attendance and supplied the Board with data pertaining to the mix of tenants currently located on the Square. There are roughly 148 businesses on the Square, and 31 percent of them are restaurants and bars. About 30 percent are retail shops. Mixed-use offices make up 19 percent and banks make up eight percent.

With that information provided, the Board felt any decisions regarding future tenants, or any limits or regulations should be based on the square footage used by the businesses and not the number of them.

A vote was taken to move forward and create a committee to look into the issue, including Antonow and possibly Aldermen Rick Addy and Jason Bailey. Other members of the committee may consist of planning commissioners as well as those who own land within the downtown historical district and other community members.

No timetable was presented in the formation of the committee or any subsequent meetings that would take place.