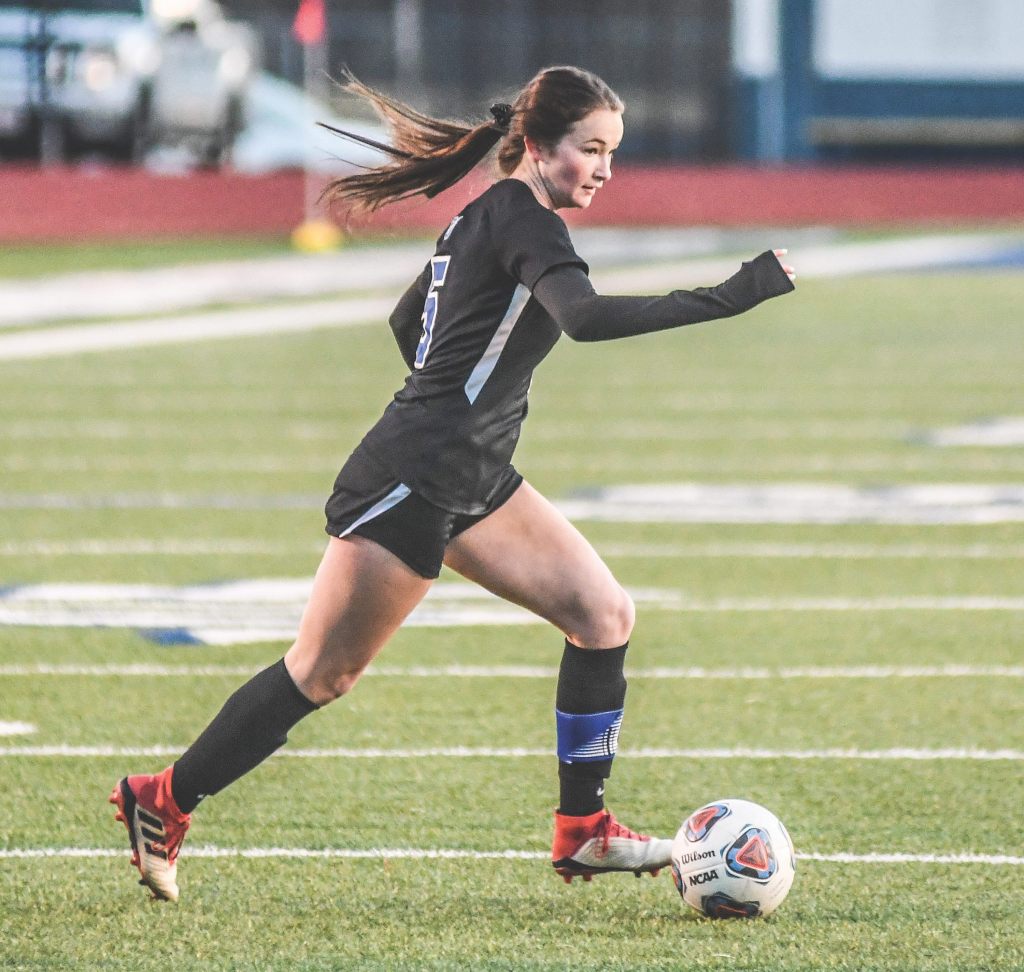 Oxford’s girls soccer team went through a bit of a transition this year.

For the first time in their high school careers, they were playing without Mo O’Connor and her 141 career goals. O’Connor, now a freshman on the Ole Miss soccer team, still has a lasting impact on the girls leading the charge now as the Chargers enter the playoffs on Tuesday with a 14-2-2 record.

“We definitely miss Mo this year. She’s a superstar. But now we’re kind of playing three up top and we’ve learned to kind of communicate very well,” Myers said. “Mo used to play so strong and had this drive to score and mindset to score. I always wanted to be like her in that kind of way and I think we all do. She always put all us first and I want to lead like that.”

Myers, who moved to Oxford at the start of her junior year, played one year in a Chargers uniform with O’Connor, but also played travel soccer with her.

This year, for the first time, both Myers and Strum were named team captains. They were essentially trust into that leadership role. The two, alongside with sophomore Grace Freeman, have accounted for nearly 70 percent of the team’s scoring this season.

“They’ve meshed so well. It seems like they always know where each other are going to be,” said head coach Hunter Crane. “Those two plus Grace Freeman make the girls we have up top so dynamic. A lot of that growth is just chemistry, but getting them playing together now both as forwards, it’s been great. And they’ve obviously scored a lot of goals this year.”

Their roles are a little different this season. In the past, Strum played more center midfield, sort of the set-up role for Myers and O’Connor up top.

Now they’re both in those forward roles, and they’re excelling. Strum led the team this year in goals (20) and assists (17). Myers was not far behind, second in both categories with 17 goals and 11 assists.

“Me and Kat, we got to play a bit together last year, but being able to be more of the leaders this year has been really cool,” Strum said. “Honestly, it didn’t really take much of an adjustment to those different spots this year. We were both there with Mo last year and she really helped us both step up. Now we’re kind of taking that spot. She was a good mentor for us.”

Already having locked up a home playoff game next Tuesday, Myers and Strum will lead the push for the girls to bring home their first 6A State Championship.