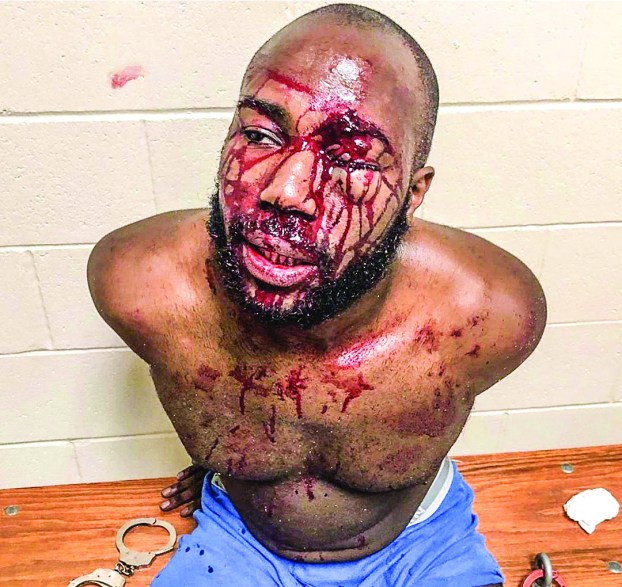 A Water Valley man who claimed to have been “brutally beaten” by law enforcement officers last July is suing Yalobusha County, Water Valley and others for damages in a lawsuit filed this week.

The lawsuit, which was filed on Feb. 12 by attorney Carlos Moore on behalf of his client, Davidtron Logan, was submitted to the U.S. District Court for the Northern District of Mississippi.

The complaint, which demands a jury trial, is against former Yalobusha County sheriff W.F. “Lance” Humphreys, Water Valley police chief M.W. King, Deputies and officers, jail employees labeled John Does 1 through 6, along with the City of Water Valley and Yalobusha County.

The suit comes after a Notice of Claim was filed by Moore, an attorney with The Cochran Firm-Mississippi Delta division, on July 31 which asked for $1 million in damages. The suit filed on Wednesday did not specify a certain monetary amount of damages the plaintiff is seeking.

“What happened to Mr. Logan was unconscionable in a civilized society and I plan to fight with every fiber in my body to get him justice,” Moore told the EAGLE on Friday.

Documents claim that during a road block in Water Valley on July 18, Logan was approached by law enforcement officials of Yalobusha County Sheriff’s Department and Water Valley Police Department. He was asked to pull over to the side of the road when it was discovered Logan’s driver’s license was suspended.

It was then the “John Does brutally attacked Mr. Logan, beating him with their flashlights, pushing, choking, punching and striking him all while Mr. Logan was unarmed and detained in handcuffs,” according to the lawsuit.

The documents continue to claim Logan was taken to the Water Valley Police Department, where he continued to be “brutalized more with the use of tasers.” Logan was eventually transported to the hospital for medical treatment but not until after he was “severely beaten,” according to the lawsuit.

Moore’s lawsuit states that during the course of Logan’s attack and “unconstitutional assault,” no deputy or officer intervened on his client’s behalf to stop the attack. The lawsuit claims the actions taken are the results of the policies of the sheriff’s department and police department, and are violations of federal laws, state law negligence and intentional torts filed by the plaintiff.

Two days after the Notice of Claims was filed, Humphreys spoke to the EAGLE and disputed the claims made by Moore on behalf of Logan.

“I can tell you what (Moore’s) saying is not the truth,” Humphreys said. “When he got to the checkpoint, Mr. Logan told the deputies he didn’t have a driver’s license. So, they told him to go ahead and get out of the vehicle. The deputy who found the narcotics walked up and said ‘I found this,’ and at that point Logan took off running.”

After being taken to Baptist Hospital-North Mississippi in Oxford, Logan was rushed to a hospital in Memphis. Moore claimed his client sustained three fractures to his eye and would have “double vision for the rest of his life.”

“As a result, Mr. Logan suffered serious injuries, pain and suffering, fear of impending death, and loss of enjoyment of life,” the lawsuit read.

After spending its first years above B.T.C. Grocery, Water Valley’s Base Camp Coding Academy is moving down the street and... read more