Ole Miss baseball: 4 observations from the weekend sweep of Princeton 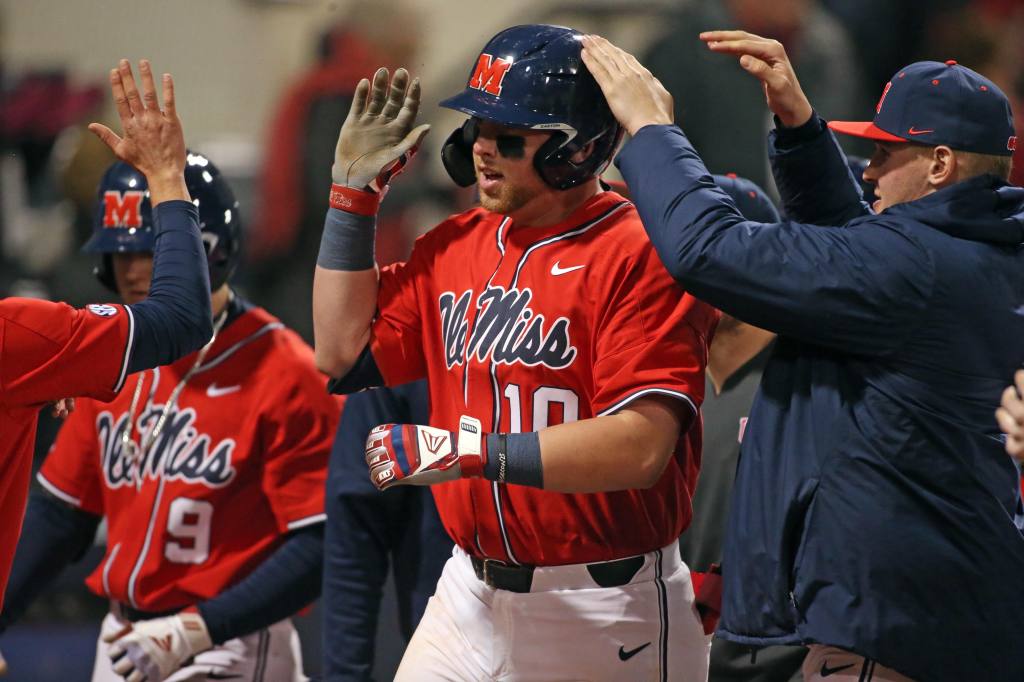 At 14 consecutive wins, the Ole Miss baseball team is riding the longest winning streak since Mike Bianco took over as head coach.

After a brutal annihilation of Princeton over the weekend, outscoring the Tigers by an aggregate of 47-6, there seems to be no end in sight for the Rebel dominance.

It’s hard to truly read into a series against a Princeton team that had played only four games before coming to Oxford this past weekend and is ranked No. 198 in RPI, but there were some noticeable takeaways from the series. Below are the recaps of the four individual games, as well as some overarching takeaways from the sweep.

Four observations from the sweep:

Ole Miss scored 47 runs over the weekend, averaging a ludicrous 2.14 runs per offensive inning (they never batted in the bottom of the ninth, or in the case of Sunday’s game, the bottom of the seventh). The 47 runs ties the Ole Miss all-time record for a three-series, matching a mark set in 2005 during a weekend series with Purdue.

The team hit 10 home runs this weekend, including four on Sunday, to extend their nation-leading home runs mark to 31 over 15 games. Ole Miss’s season record for home runs is 98, a mark set in 1998. It’s unlikely to expect the team to continue going deep at the same rate as they’re doing in non-conference play, but the team is currently on pace for 115 home runs in the season.

2. Tyler Keenan, Tim Elko getting hot at the right times

Fellow junior Tim Elko, starting all three games against Princeton in the outfield, was arguably even hotter than Keenan this weekend. Elko, who entered the weekend batting .222, hit 6 for 11 (.545) with 7 RBIs and two home runs. His batting average is now up to .316.

3. No Austin Miller against Princeton: a health update

Alongside Taylor Broadway and Max Cioffi, senior Austin Miller is in the first tier of relief pitchers Mike Bianco trusts in high leverage situations. Due to “discomfort in his side,” Miller has not pitched since March 3 against Memphis, thus not appearing over the course of the three games this weekend.

The rest seems to be precautionary. Ole Miss didn’t exactly need Miller during the set of blowouts over the weekend, and head coach Mike Bianco said that Miller could have thrown on Sunday, they just decided pregame to hold him one extra game. The plan is for the righty to pitch on Tuesday against Louisiana Monroe.

4. Derek Diamond is ready for his first taste of SEC play

The big news out of Sunday is that Derek Diamond can do a standing backflip. “Backflips for sweeps,” he joked after. But the Rebel true freshman is yet to lose a start. Heading into SEC play next weekend, Diamond is 4-0 with a 3.51 ERA, pitching in a slate that included No. 1 Louisville and two-top 25 RPI teams in Xavier and Indiana.

“I didn’t know exactly what I was looking for coming into non-conference play, but I’ve learned a ton. I feel like a completely different pitcher than I ever have,” Diamond said. “It’s just the experience of throwing to guys, you can’t take one pitch off and you can’t lolly-gag at all. It’s been awesome. Heading into SEC play, I just feel really good.”

Diamond said he doesn’t expect a flip to switch with LSU here next weekend, just that he hopes to settle in and pitch his game.

What’s next for the Rebels:

Ole Miss hits the road on the mid-week, playing their fourth and fifth road games of the year on Tuesday and Wednesday night against Louisiana Monroe.