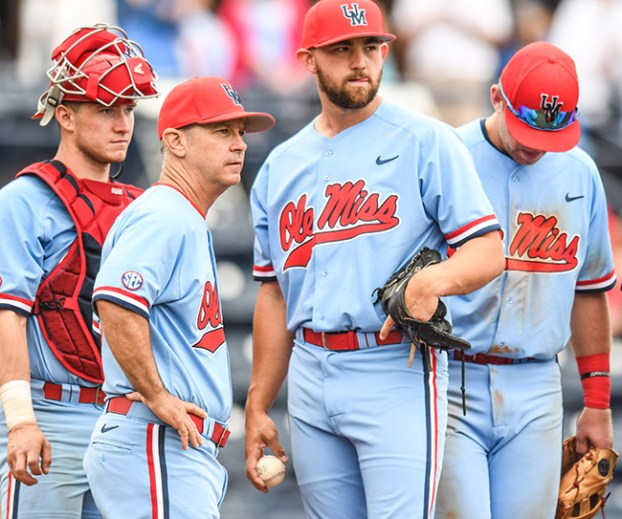 Mike Bianco: “I don’t know if (the decision) could have gone any better”

The NCAA made a monumental, groundbreaking decision on Monday evening, granting an extra year of eligibility to spring sport athletes who had their seasons cut short due to the cancelations of events surrounding the COVID-19 pandemic.

All seniors on the baseball, softball, golf, tennis and track teams can come back for one additional year of athletics. However, the vote extended beyond just seniors – all others can choose to take another year in the future.

Frankly, Ole Miss head baseball coach Mike Bianco said he was quite pleased with the decision and its impact on the future of his team.

“I don’t know if (the decision) could not have gone any better for baseball,” Bianco said. “There will still be some hoops to jump through, but the biggest thing (we) wanted was to give these kids back a year that they didn’t have. … That was the expectation – not just seniors, but for everybody involved. Of course your heart goes out to the seniors, because it’s their last year. But there’s other effects, like the juniors and the major league draft.”

The “hoops to jump through” Bianco mentioned are noteworthy. Monday’s decision provided a bit of clarity, but also posed other questions. There’s still uncertainty on how the NCAA will handle transfers or junior college transfers or redshirting, now that rosters have extended sizes and teams have more flexibility. For now, there are few answers.

Then, there’s the financial side of things. Bianco specified that this is not something that will impact Ole Miss, specifically, too much, but non-power-five schools with smaller athletic budgets may not be able to afford the extra money that running a program with more athletes will entail.

And then there’s the impact beyond college baseball. Major League Baseball has the right to shorten the 2020 draft to as few as five or 10 rounds. Even without these extra years of eligibility, this shortening of the draft from 40 rounds to as little as five would have had major Ole Miss implications. Now, the NCAA just gave athletes even more leverage – the opportunity to return to school will allow them to negotiate for larger signing bonuses.

“The obstacle that makes our sport even more fluid than others is the major league draft, because you’re losing current players and you’re losing recruits (to the draft),” Bianco said. “Then you can lose losing signees to junior colleges. It’s so fluid and will be moving forward.”

How good will college baseball be in 2021 with less players leaving school? Bianco joked that the draft will consist of the top five rounds, not the bottom five rounds. The very best players in college baseball will leave school and sign with the pros, but many very good players will be back in college.

Tinkering with the 2021 Ole Miss roster will have its own challenges, but Bianco said he believes the struggles for them as a program may come in subsequent years.

The current Ole Miss roster had only four seniors and seven draft-eligible juniors. Even if the MLB draft is only five rounds, Ole Miss will likely lose at least a pair of players to the professional level. Where their issues or questions come is down the line – at some point, Ole Miss could have what equates to two sophomore classes on campus a the same time. How will that work? As we said, some questions are still to be answered.

Recruiting will have its own impact, but Bianco did not want to speculate on how these decisions will impact the decisions of rising high school seniors – the 2021 recruiting class.

All of this prompts one big question: Will the NCAA decision allow Ole Miss be able to run back the 2020 team that started the season 16-1 and run it back for the 2021 season?

The short answer is maybe. Bianco will start meeting with his upperclassman over the phone or through FaceTime later in this week to discuss their options. The Rebels didn’t get their standard exit interviews that Bianco and staff like to conduct with individual players after the season. They simply had to send the players home almost immediately.

Some questions are still to be answered, but how these decisions can impact players’ decisions to return in 2021 are questions that have been answered now. Which of the members of the senior class or draft-eligible junior class will return to Ole Miss? Time will tell.