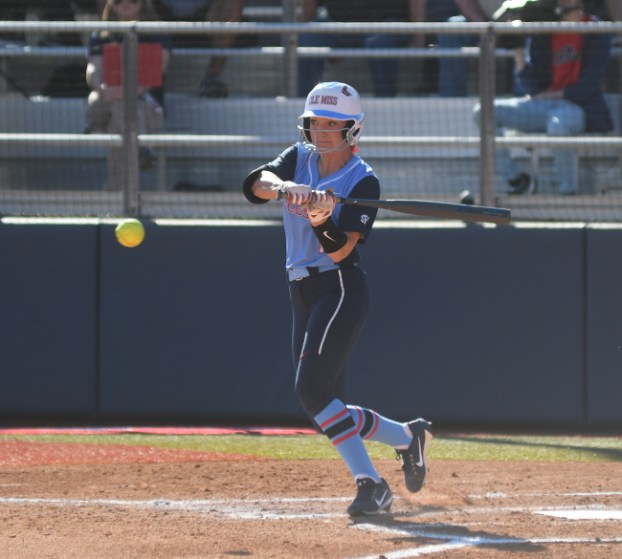 It’s been a forgetful six months for the Ole Miss softball program.

Following the resignation of head coach Mike Smith in December after the University put him on administrative leave in November while citing a “non-financial, external audit” of the program, the Rebels team sat at just 12-13 over the opening month of the season before play was halted.

Now, they’re losing one of their top players.

Senior outfielder Kaylee Horton left the team and announced her decision to transfer in February, right before the start of the season. On Wednesday night, she announced her new school.

“I am extremely blessed and excited to announce that I will play my final season at Auburn University,” Horton announced in a statement on Twitter. “I am beyond grateful for this opportunity and can’t wait to play back in my home state. War Eagle!”

Horton, a native of Jasper, Ala., spent her first three seasons of college at Ole Miss. Th3 2020 season was supposed to be her senior season. Instead, she’ll be using her final year of eligibility with the Tigers.

Over three seasons in Oxford, Horton made 157 of 175 possible starts. During her junior season, she hit .289 with nine extra base hits and 28 RBIs, all while stealing 12 bases. In the 2019 Oxford Regional Championship game, Horton hit the walk-off to push Ole Miss over No. 7 Louisiana that sent Ole Miss to the Super Regional. She was named to the SEC All-Defense team that season.

As first reported by Brody Miller of The Athletic, Louisiana State University’s Drew Bianco has entered his name into the... read more