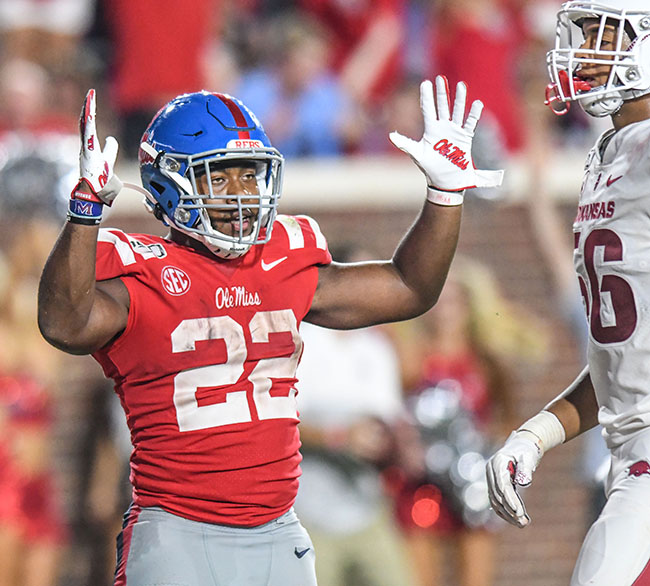 Benito Jones and Scottie Phillips were not one of the 255 players to see their name come off the board during the 2020 NFL Draft this weekend, but they quickly landed on their feet.

Jones, a former defensive tackle for the Rebels, will sign an undrafted free agent deal with the Miami Dolphins, which was reported by NFL Network’s Ian Rappaport minutes after the draft concluded on Saturday.

Phillips, the former Rebel running back, tweeted he will sign with the Houston Texans shortly after.

Jones and Phillips were two of four Rebel prospects who had hopes of being drafted, but Ole Miss ended being the only Southeastern Conference team to not have a player selected in this year’s draft. Qaadir Sheppard and Josiah Coatney will have to wait to see if they join Jones and Phillips as undrafted signees.

Ole Miss missed out on having a former player selected for the first time since the 2013 draft, ending a seven-year streak of players drafted. This is the third year since 2000 that the Rebels did not have a player picked.