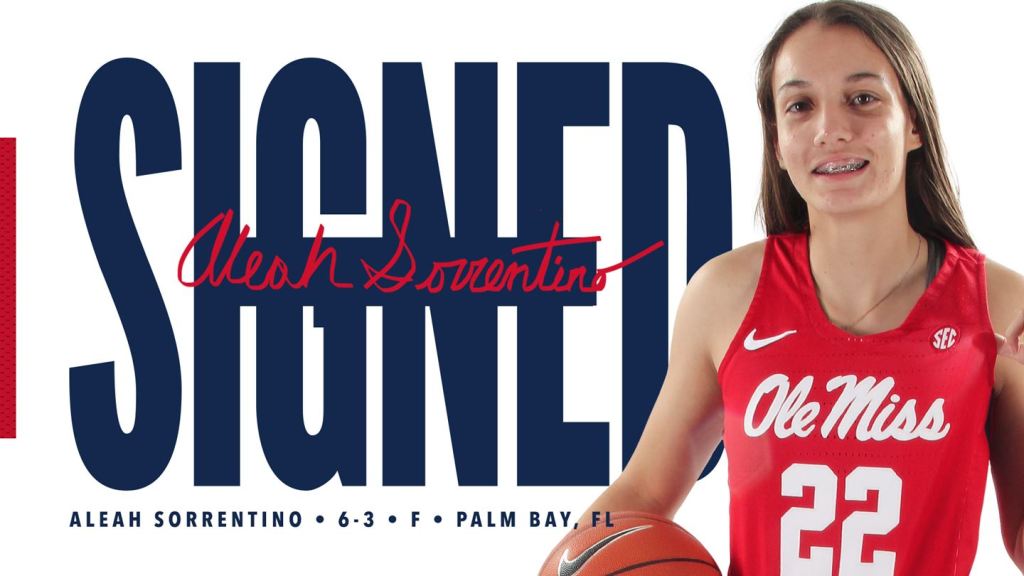 The 2020-21 women’s college basketball season is currently only three months away but Ole Miss is still adding to its roster with a late addition on Thursday.

A standout at Florida Prep, Sorrentino was originally a commit for the 2021 signing class but recently reclassified and graduated high school early to become a 2020 signee.

“I am extremely excited to have Aleah join us,” McCuin said. “I’ve known her since she was in the sixth grade and I have enjoyed watching her grow. Aleah exemplifies everything we would want in a student-athlete at Ole Miss. She is a hard worker, she is a leader and she has great basketball IQ that will helps up continue to build a competitive program here. The Oxford community will embrace her and we are looking forward to having her.”

The Palm Bay, Fla. native was a four-year starter and two-time All-State honoree at Florida Prep, which is in Melbourne, Fla. Sorrentino was ranked as a four-star prospect for the 2021 class and given an overall grade of 94 by ESPN and is the No. 16-ranked forward in the nation.

Sorrentino averaged 12.5 points and 10.7 rebounds during her first three seasons at Florida Prep before suffering an injury that cut her senior year short in 2019.

Ole Miss’ 2020-21 schedule has not been released yet, but the college basketball season begins in early November, as of now.