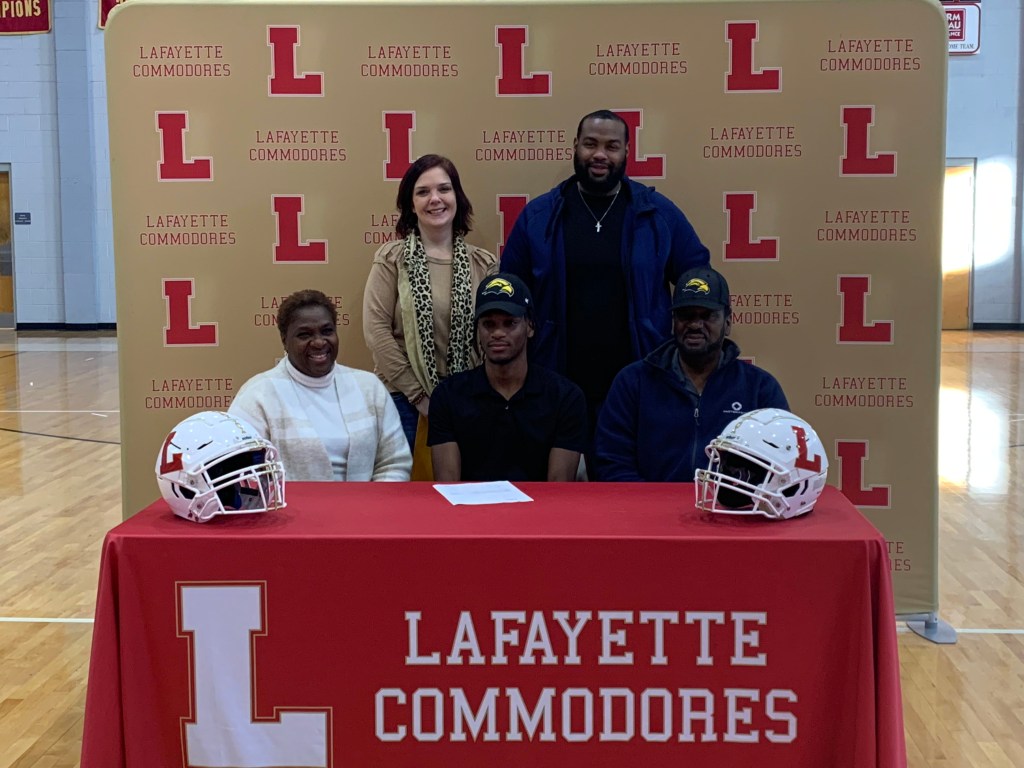 The University of Southern Mississippi is setting up a pipeline in Lafayette County.

For the second time this week, newly hired head coach Will Hall got another commitment, with Lafayette High School’s Brendan Toles signing with the Golden Eagles.

Toles held his signing ceremony inside the LHS gym, joining Oxford kicker Jack Tannehill as part of USM’s 2021 signing class. The Commodore was previously committed to Mississippi State, but de-committed and reopened his recruitment during the 2020 season.

Getting Toles to Hattiesburg was something Hall was able to do after he had been recruiting the two-way player while he was still the offensive coordinator at Tulane University. When Hall was hired to take over the USM program earlier this month, Toles was one of the first players he called to talk about bringing their talents to the Golden Eagles.

“After Southern hired coach Hall, they really got on me hard,” Toles said. “When I reopened (my recruitment), he called me up when he was still at Tulane and talked about how he still wanted me. Then he got the head coaching job at Southern, and then a couple days after that he offered me. … Coach Hall is going to rebuild Southern Miss and we’re going to be big in a couple years, and I feel like we can win it all in (Conference USA).”

In his senior year, Toles recorded 36 tackles and four interceptions. He also spent time on the offensive side of the ball the past couple seasons, where he had eight receptions for 96 yards and a touchdown.

“He made some big plays on offense. Every time he touched the ball, it seems like it was a big play,” said Lafayette head coach Michael Fair. “A great defensive talent. His speed, I’ve been doing this a long time, and I think he may be the fastest player that I’ve coached.”