Lafayette and Oxford girls soccer prepare for second round of playoffs 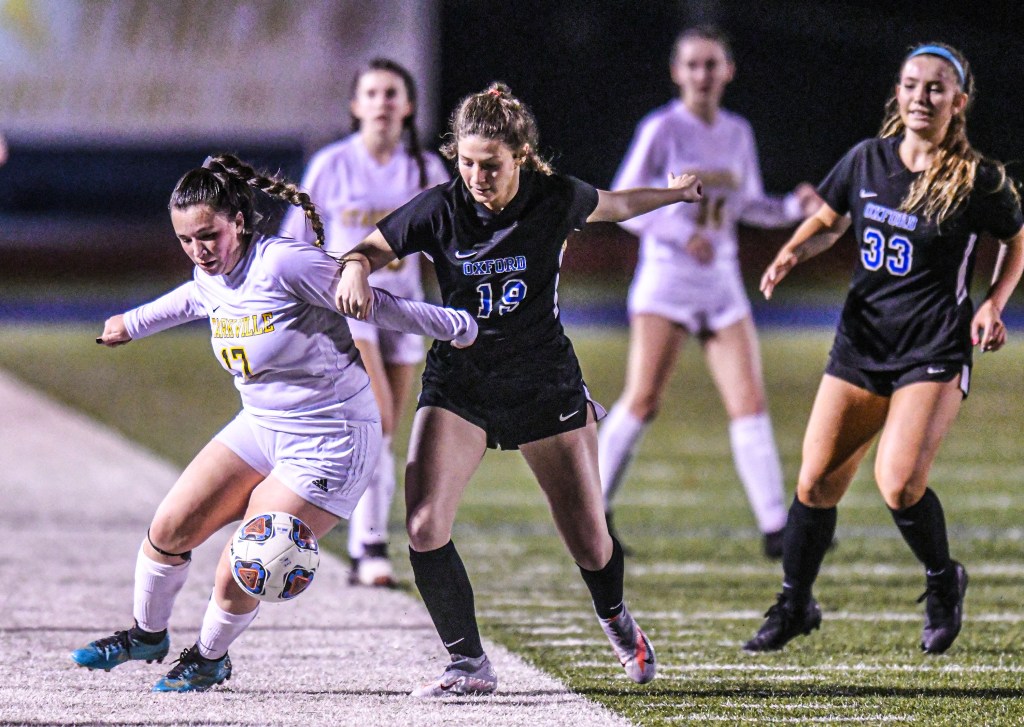 After a first round that took a few days to complete this week due to weather issues, the second round of the MHSAA soccer playoffs get underway on Saturday.

The defending Class 5A champion, Lafayette, welcomes a home match against New Hope at noon. The Lady Commodores were not sure if they would get to have a playoff game at home due to New Hope having a first round bye, but the MHSAA ruled in favor of Lafayette.

The Lady Commodores are coming off a dominant first round win over Neshoba Central, mercy-ruling them with a 7-0 score to kick off their title defense.

Having a strong start to the postseason provides plenty of momentum heading into Saturday and a chance to earn a berth into next Tuesday’s North Half title game.

“I think we just kind of went in there ready to start playoffs,” said Lafayette head coach Melinda Scruggs. “Playoffs are when it gets super exciting and it’s why you plan and it’s a lot of fun. I think the girls were ready for that challenge. I think that’s kind of where their mindset’s kind of focused.”

There is not much familiarity of New Hope as Lafayette did not play them this year. Caroline Wilson transferred from New Hope a few years back but that is the only connection between the two teams heading into Saturday.

If Lafayette defeats New Hope, it could set up a rematch of last year’s North Half championship with Saltillo if the Lady Tigers defeat Grenada.

Oxford’s girls team is very familiar with their second round opponent.

The Lady Chargers travel to Clinton on Saturday for a match at 5:30 p.m. It marks the second time the two teams will meet this season.

In November, Oxford and Clinton met in the Charger Invitational at mTrade Park. The Chargers grabbed a 3-0 lead over Clinton in the first half, but the Lady Arrows rallied in the second half to force a 3-3 tie.

Coming off a dominant 6-2 win over Starkville in the first round, the Chargers feel good where they are, offensively.

“Clinton’s a dangerous team. Give them a lot of credit,” said Oxford head coach Hunter Crane. “That was probably our third game of the year. Once again, not in our best rhythm and brand new back line in that game for sure.”

Prior to the Lady Chargers’ match, the Oxford boys will have their second round match at Madison Central at 2 p.m. The Chargers are coming off a dramatic 4-2 overtime win at Starkville in the first round.