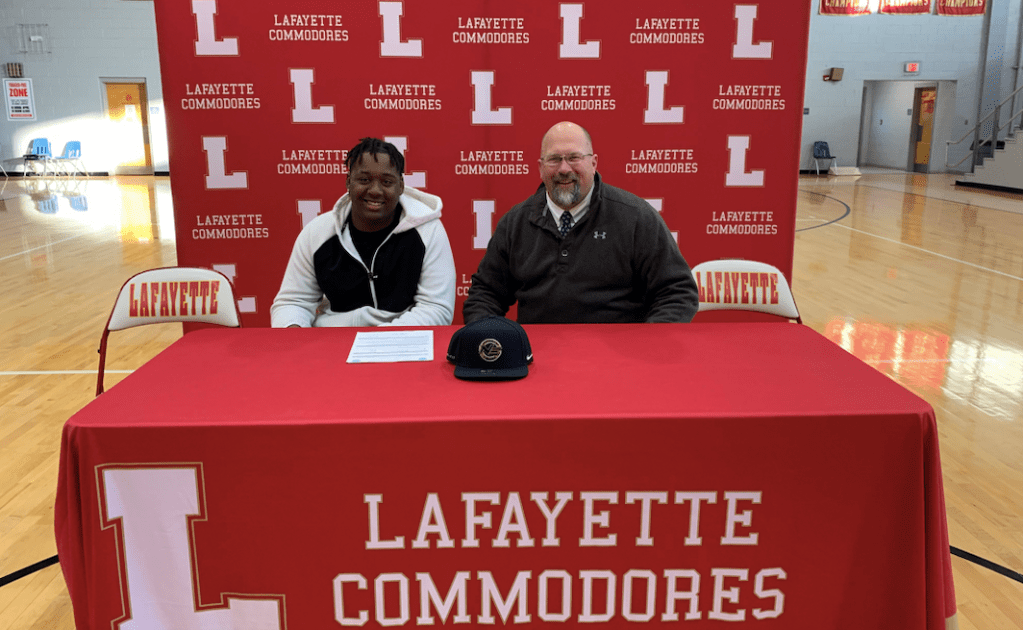 A member of Lafayette football’s stout defense is continuing his career at the next level.

D.Q. Watkins signed with Northeast Mississippi Community College on Tuesday, which was the first day high school seniors could sign with JUCO schools as part of National Signing Day.

A starting defensive end for the Commodores, Watkins was a force for opposing offensive lines to try and stop. During the 2020 season, Watkins recorded six sacks, tying for second-most on the team and only two behind sack leader Derrick Burgess’ eight sacks. He was also fourth on the team in tackles with 47 and 33 of those were solo tackles.

“He’s a tremendous athlete and he’s growing, so I think his potential is just through the roof,” said Lafayette head coach Michael Fair. “He’s a guy that’s been in our program since day one and has just worked his way into being, I thought, one of the most dominant players in (Class) 5A last year at defensive end.”

In such a unique recruiting cycle with in-person official visits not allowed due to the COVID-19 pandemic, Watkins has not set foot on the Booneville campus.

The NEMCC program was one that began talking with Watkins during his final season and liked what the coaches had to say about him joining their ranks.

“I had a couple options, but (NEMCC) showed more love and showed me what I would be there,” Watkins said. “They told me I would be playing some (defensive) end. Basically some of everywhere.”

Watkins joins Brendan Toles as signees in Lafayette’s Class of 2021. Toles signed in December with The University of Southern Mississippi.