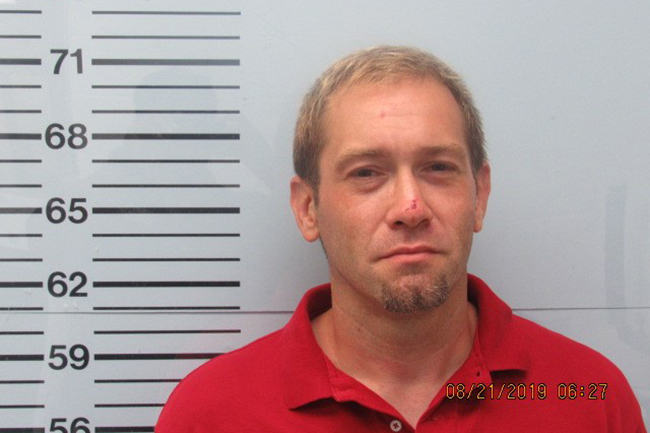 An Abbeville man involved in Monday night’s officer-involved shooting was identified on Tuesday.

At approximately 11:29 p.m. on Feb. 8, an officer with the Oxford Police Department attempted a traffic stop on a vehicle. The driver, identified as Clay Tatum, 38 of Abbeville, failed to yield to the officer and a pursuit ensued.

Tatum continued to flee the officer out of Oxford’s city limits and into Lafayette County. The OPD officer called for assistance and continued the pursuit. Tatum eventually pulled the vehicle over and fled to a nearby residence. A K-9 dog was used to try and subdue and apprehend Tatum, but was unsuccessful.

Officers pursued Tatum into the residence, where he then brandished a weapon, pointing it at an officer multiple times.

The Mississippi Bureau of Investigations was contacted, as is protocol when an officer-involved shooting occurs, and immediately took over the investigation. McCutchen said all officers involved were wearing body cameras and were activated. All video of the incident has been turned over to MBI.

Unlike the December 2020 officer-involved shooting, body cam footage of this incident was not released.

In August 2019, Tatum was arrested by US Marshals for making what they called “terroristic threats” during an incident at the Little Caesar’s on University Avenue.

This is an ongoing investigation. More information will be posted on oxfordeagle.com as it becomes available.

Oxford Police Department’s full video discussing the incident can be viewed below: