Taylor Park scheduled to be completed this summer 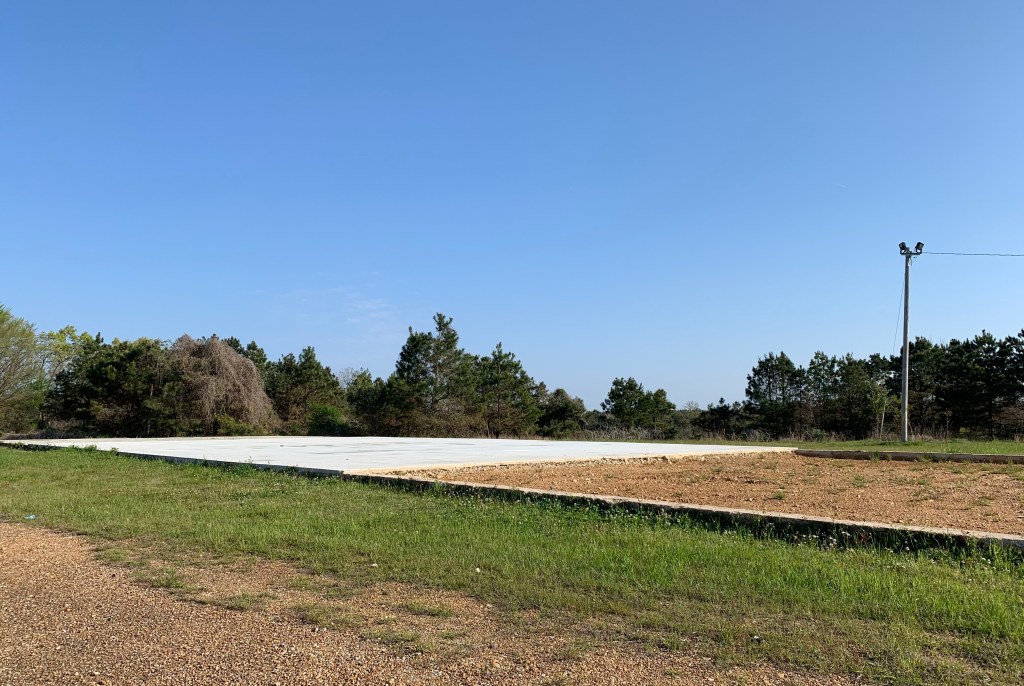 Fresch concrete slabs sit on the site of the former Weems Elementary School, and future site of the new Taylor Park in Taylor. The park is anticipated to be completed and open later this summer. (Jake Thompson/Oxford Eagle)

Nearly two years after its approval, Taylor Park will soon become a reality.

Located on the site of the former Weems Elementary School, a building that served African-American students of Taylor, a new park will serve the community.

After delays due to weather and the COVID-19 pandemic in 2020, the park is anticipated to be completed and ready for Taylor residents to enjoy later this year. An estimated date for the park to be open is early July.

The nonprofit Taylor Parks Recreation Group is handling the planning and construction of the park, which was approved by the Lafayette County Board of Supervisors in October 2019. In May of that year, the Board approved the demolition of Weems Elementary after a fire had destroyed most of the structure two months prior.

During the Board’s regular meeting, Thelma Willingham with the Taylor Parks Recreation Group provided an update on the park’s progress, stating they have secured a contract agreement with Oxford construction company McGlawn Services. A start date on the park is April 19, according to Willingham.

The playground areas will be cleaned out by community members and the playground equipment has been chosen. Willingham informed the board they are still receiving bids to construct the bathrooms, which will be ADA-compliant.

“A lot of the (delay) was just weather-related, but then the pandemic was our delay,” Willingham said.

Last June, the Supervisors approved the preliminary and final site plan for the park, which will include a pavilion, a half-basketball court, a walking trail and a playground area. New concrete slabs have been poured for the pavilion and basketball court.

Lafayette County and Taylor Parks Recreation Group reached an agreement that the organization will pay a lease of $1 a year for three acres of land. In return, the park will be built with funds raised by the nonprofit, which has received its 501(c)(3) tax status.

One such school was Weems Elementary, which was located half a mile from the current Taylor Community Center, on County Road 343 in Taylor. The school was named after its principal, M.W. Weems, and taught African-American students in Lafayette County from first through eighth grades from 1961 to 1969.