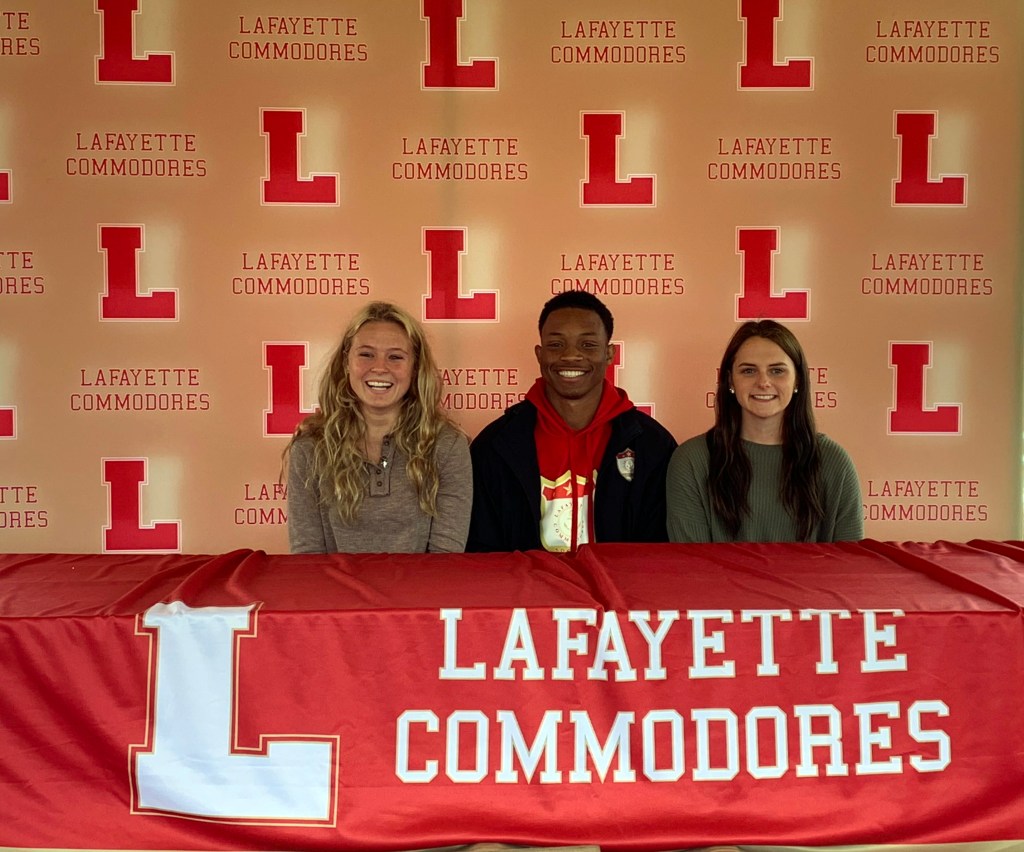 The Lafayette High School soccer program had three seniors make their pick where they wanted to continue their playing careers this fall.

On Wednesday, Caitlyn Rhea and Avery Treloar of Lafayette’ girls soccer team and Anthony Jones of the boys team announced their intended destination during a ceremony on the campus of Lafayette High School.

Members of the three-time defending Class 5A state champions, Rhea and Treloar are leaving behind one of the most dominant girls soccer programs in the state.

Rhea, who served as Lafayette’s goal keeper, signed with Meridian Community College where she will continue her soccer career as well as her softball career. She is the catcher on Lafayette’s softball team.

The senior credited her success as a goalkeeper — a position she did not play until her eighth grade season — to her time behind the plate on the softball field. Rhea’s decision came down to the ability to still play both sports at the collegiate level.

“That was one of the major selling points,” Rhea said of choosing MCC. “I had a couple colleges looking at them and that was the main selling point. …I think it helped that I was a catcher in softball. The same type skills you have to have for catcher, you have to have for goalie, which is why (Lafayette girls soccer head coach Melinda Scruggs) recruited me from catcher. I feel like that helped a lot with gaining success.”

Treloar signed with Holmes Community College and was one of Lafayette’s many weapons on offense during her career.

She finished with three goals this season, but was a key piece of the Lady Commodores’ defense in the backfield on their path to a third-straight state championship back in February.

“(Holmes) has a wonderful team already and I’m hoping to make it a little more on defense. Make sure nothing gets back there,” Treloar said.

Jones is continuing his career a little closer to home, signing with Itawamba Community College in Fulton.

For Jones, he said his intentions are to make the starting 11 for ICC this coming season.

“I think I’m going to be really happy there,” Jones said. “Knowing me, I’m going to make sure (I start) because I don’t like sitting on the bench.”

Having achieved their goal of playing at the collegiate level, all three said their new goal is to sign with a Division I school in two years.