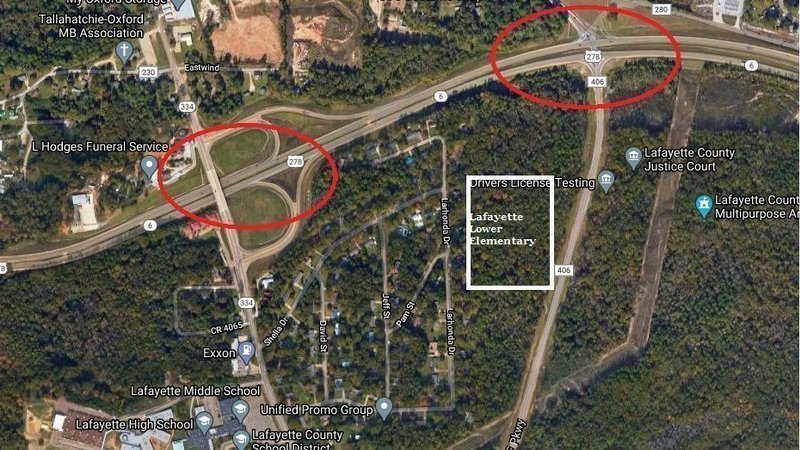 The Mississippi Department of Transportation announced on Thursday they will make modifications to the speed zones and traffic signals at the Highway 6 - F.D. "Buddy" East Parkway Intersection, starting next week. (Change.org.)

In the wake of a fatal two-vehicle accident that occurred last month, the Highway 6 and F.D. “Buddy” East Parkway intersection will soon see some adjustments.

On Thursday, the Mississippi Department of Transportation announced that starting next week, they will begin making adjustments to the speed zones and traffic signals in that area.

The modifications follow safety assessments made by MDOT following the March 4 crash, which took the life of Matt Ellington, 40, and his two children when their Volkswagen Jetta collided with a Panola County garbage truck around 7:30 a.m.

Following the accident, a Change.org petition was made with suggestions that could be made to make the intersection safer. The petition received more than 6,000 signatures from people across the country.

Northern Transportation Commissioner John Caldwell received the petition and told the EAGLE last month he was looking at the suggestions and taking them seriously.

“Safety assessments are ongoing throughout the state,” Caldwell said. “Whenever there is a fatal crash, additional resources and efforts are immediately shifted to see what happened, how it happened and how it could be prevented in the future. The investigation is not complete, but the reality is painful and demands swift action on our part.”

During Tuesday’s meeting the Oxford Board of Aldermen voted to send a letter to MDOT, strongly encouraging them to consider the suggestions provided in the petition as well as to look at other means to make safer.

“A lot of people who signed (the petition) have been concerned by that intersection for a while,” said Ward III Alderman Janice Antonow during the discussion. “I think we have an obligation to put a little pressure on MDOT to see if these, or other changes need to be made to make that intersection safer.”

During the modifications to the intersection, roadside workers will be present. Motorists are asked to slow down and avoid distractions and move over to give the workers additional room.