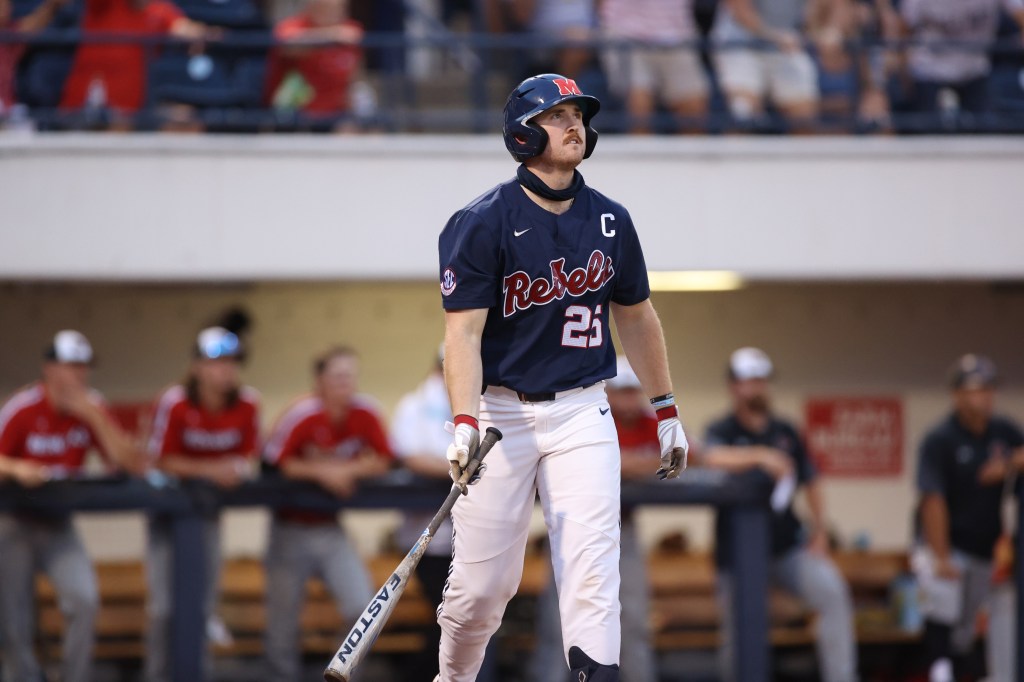 The Ole Miss baseball head coach elected to hold Doug Nikhazy and start Derek Diamond in the Rebels Oxford Regional opener against Southeastern Missouri State at Oxford-University Stadium. Diamond did his job and the Rebels won 6-3 to put themselves one win away from the regional championship game with their ace yet to pitch.

Diamond was not as sharp against the Redhawks as he was against Vanderbilt last week in Hoover, Ala. at the Southeastern Conference Tournament, but he was steady enough on the mound to give the Rebels what they needed. He worked 4.1 innings, giving up only a run off two hits while walking three and striking out five other Redhawk batters.

Offensively, Tim Elko provided yet another memorable chapter in his comeback story. The Rebel captain hit a grand slam in the third inning off the first pitch he saw from SEMO starter Derek Dodd to give Ole Miss the quick 4-0 lead. The home run was Elko’s fifth since returning from a torn ACL he suffered on April 5.

Dodd proved difficult for the Ole Miss lineup to figure out, but after Elko’s grand slam the Rebels worked his count and scored a run off him in the fifth and sixth innings.

Peyton Chatagnier and TJ McCants each had RBI-singles.

Jack Dougherty continued to be a bright spot in the Ole Miss bullpen. He worked three innings of relief, giving up two runs, one earned, and struck out four batters. Taylor Broadway came in during the eighth inning to get the final five outs.

Ole Miss moves into the winner’s bracket where they will play Florida State on Saturday at 5 p.m. CT. The Seminoles defeated Southern Mississippi 5-2 in Friday’s first game, sending the Golden Eagles to the losers’ bracket and one loss away from elimination.

Southern Mississippi and SEMO will play in the first elimination game of the regional on Saturday at 11 a.m. CT.