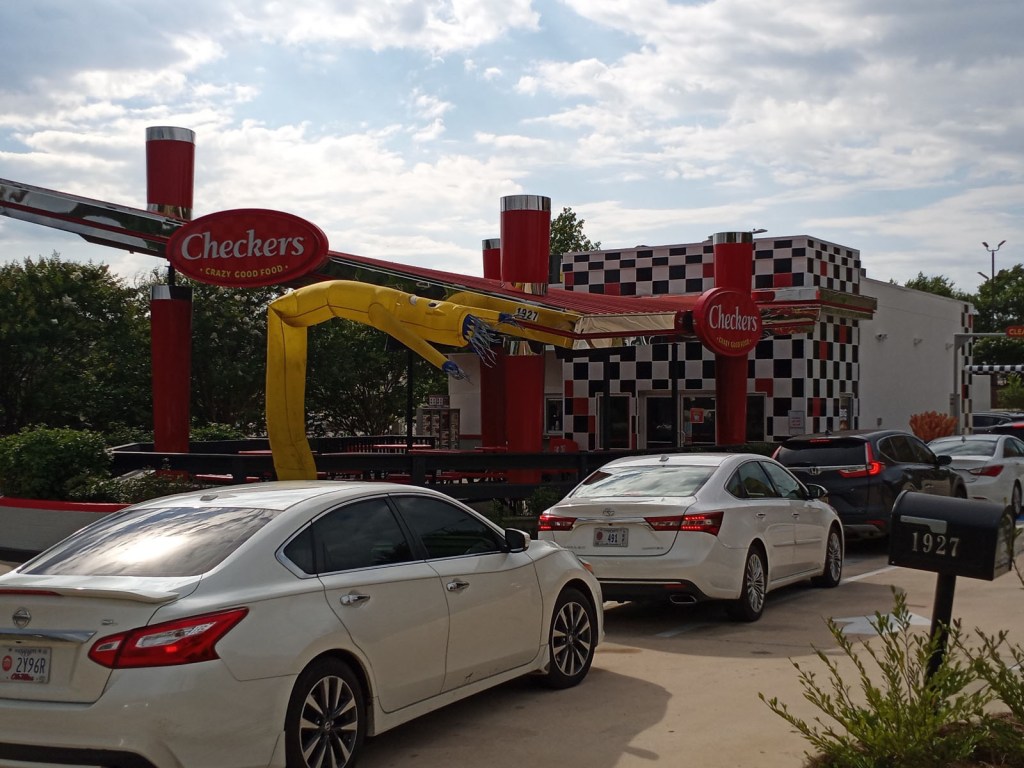 Checkers returned to Oxford this month after a 10-year absence. The new location is at 1927 Jackson Avenue West. (Maya Martin/Oxford Eagle)

Checkers first opened its doors in 2011 under a different owner on the corner of South Lamar Boulevard and University Avenue across from Abner’s but closed down just a year later.

New owner and franchisee Sedrick Turner said he was happy to see Checkers make its home in Oxford once again after many delays in planning and accommodating the weather.

Checkers was initially planned to reopen on Dec. 1, 2020, with hiring already in process by October that same year. However, the Oxford Planning Commission only approved the site plan in mid-December 2020 pushing the opening date to February 2021.

Although doors did not open in the first quarter of 2021 as Turner hoped, Checkers finally came back to Oxford and saw cars lining up on opening day and the day after.

“The response has been overwhelming,” Turner said. “People came through the line or walked from the hotel talking about how happy they were. They remembered Checkers from back then and said it was so hard to drive into. It’s a little difficult here, but we have people coming in from all over.”

The new location features a single drive-in lane, a walk-up window and outside eating area for customers.

Famous for its burgers, Checkers will see some competition from other eateries well-known for their burgers including Five Guys and Bim Bam Burgers & Wings located on the same stretch of road, but Turner isn’t worried.

“Competition is healthy,” Turner said. “Now, we just don’t do burgers. We also got wings, milkshakes and a whole selection of desserts. When the milkshake machine is always broken at one place, people know they come to Checkers and the machine will always be working.”

Turner said he plans to get more involved in the community, as well, including working as an adopt-a-school partner and hopefully starting a reading program.

“We can’t grow without the community,” Turner said. “You can’t forget the people because they are the reason we are here, so we should give back as much as we can.”