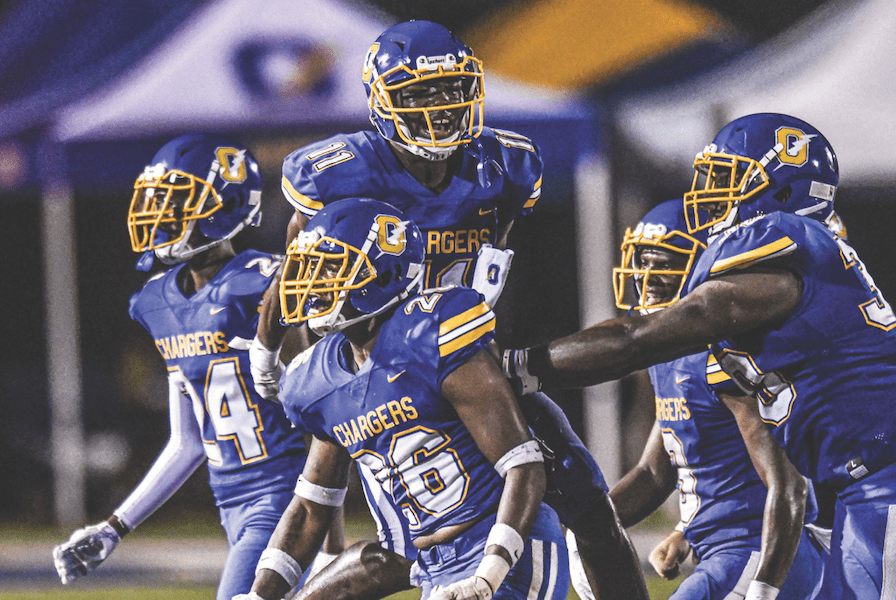 The journey to Jackson and Veterans Memorial Stadium in early December starts Friday and brings key early-season matchups for all three area schools.

Oxford and Lafayette welcome Class 6A contenders to town while Water Valley hits the road on opening night.

Micheal Fair is not afraid of lining up his team against some of the top competition on the state and the Lafayette head coach proved that again with their non-region schedule.

The Commodores welcome perennial 6A contender Tupelo to William L. Buford Stadium on Friday for both team’s season opener. It will be the first time Lafayette runs plays against someone other than themselves this season after losing its jamboree game at South Panola due to the Tigers having to quarantine.

With an open night, Fair went to Tupelo last Friday to see the Golden Wave for himself. He learned more seeing Tupelo in person than what he would have just watching their film on Monday morning.

“(I learned) how big they are,” Fair said laughing. “They’re huge. This is one of the biggest football teams that I’ve coached against, to be honest with you. Their defensive front is big and physical. …You’re talking about a big, physical football team that’s well coached. It’s just an opportunity for us. That’s the way we’re approaching this.”

Similar to the way Lafayette’s season ended last year, Tupelo was forced to forfeit their first round playoff game, ending their season without stepping on the field.

The Chargers have a target on their back in the 6A North.

After back-to-back trips to the 6A state championship game, and winning it in 2019, the Chargers know the task to get to Jackson for a third straight appearance will be a tall order, but Friday’s season, and home, opener against Brandon will be a good barometer for where they stack up.

Due to region realignment, Oxford had to find some new non-region opponents with Starkville and others becoming region foes this season. Brandon was one of the first teams to step up and offer to play the Chargers.

“Brandon’s a great program and has been consistently a strong program in the south for several year,” said Oxford head coach Chris Cutcliffe. “A big challenge for us. …Brandon’s always played great defense, so you can expect that. It’ll definitely be a challenging game.”

Sam Williams is entering his first season as the head coach at Brandon. The Bulldogs are looking to return to the playoffs after missing them in 2020.

The Blue Devils are a year older and a year wiser after playing with several underclassmen in key spots a year ago and that experience will be tested quickly as they travel to Independence to open the season on Friday.

CJ Telford led the Blue Devil offense last year and made great strides during the spring and summer workouts, according to head coach Brad Embry.

The Blue Devils are three years removed from winning their first state championship in over a quarter of a century and are looking to get back to the Class 3A championship game. They were eliminated in the first round last year by Choctaw County.