Oxford and Lafayette set for 50th edition of Crosstown Classic 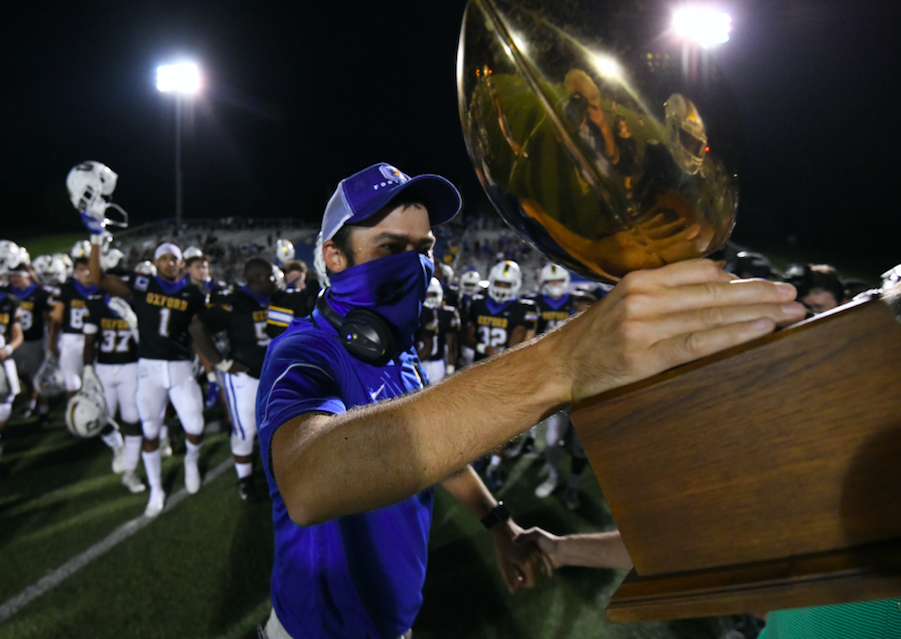 The biggest non-region football game on the schedule that takes place in Lafayette County occurs on Friday.

No. 2 Oxford travels across Highway 6 to William L. Buford Stadium to take on Lafayette in the 50th edition of Crosstown Classic. For the Chargers, who have won the last four meetings, it is about keeping the trophy in their field house while Lafayette is trying to bring the trophy back for the first time since 2016.

Last year’s game appeared to be turning into a runaway for the Commodores after most of the first half, but the Chargers rallied in the final two quarters for the 33-22 win at Bobby Holcomb Field.

While both Oxford head coach Chris Cutcliffe and Lafayette head coach Michael Fair are busy still working out the kinks in the early parts of their respective seasons with the start of region play looming next week, the 50th Crosstown Classic is still important to both programs.

“It’s obviously a really fun week, for the players especially,” said Cutcliffe. “It has been for a long time. I know it was always a fun game to compete in as a player and really, as a coach, it’s the same. It’s a great rivalry in the state of Mississippi, no doubt about it. But, again, as a coach it’s really about us trying to get better this week.”

With two schools separated by less than 2.5 miles, the players on each team know one another. They grew up around one another and are friends. This rivalry game carries a lot of weight for those in their respective locker rooms.

Knowing which game is coming up on the schedule this week is not a secret to those involved, and avoiding it would be foolish. Lafayette’s locker room leaders are going about handling the upcoming game the right way, according to Fair.

“Each senior group handles (the game) a bit differently and so far I couldn’t be more pleased with how this group’s handling it,” Fair said. “It’s business as usual with guys coming in and saying, ‘Come on, lets go. We’ve got to get better,’ and that’s what it’s all about.”

Not only is the game important to the schools and the players, the City of Oxford also embraces the rivalry. Outside the door of University Sporting Goods, which sponsors the Crosstown Classic trophy, there is a tally of how all the previous 49 editions played out. The columns provide public historical documentation with each team’s record in the annual event also listed.

Oxford (2-1) is coming off a 28-14 loss to Ruston in Saturday’s Battle on the Border in Shreveport, La. and looking for a bounce back. Meanwhile, Lafayette (2-1) experienced yet another unique game, beating Southaven 12-8 and looking to string a pair of wins together for the first time this season.

The games have not been particularly close in recent memory, with the margin of victory over the last five meetings being 19.2 points. In 2018, Oxford edged the Commodores by a score of 29-27.

Kickoff for the 50th annual Crosstown Classic is set for 7 p.m. The