MDOT, LCSD reminds motorists to take caution and be alert for deer 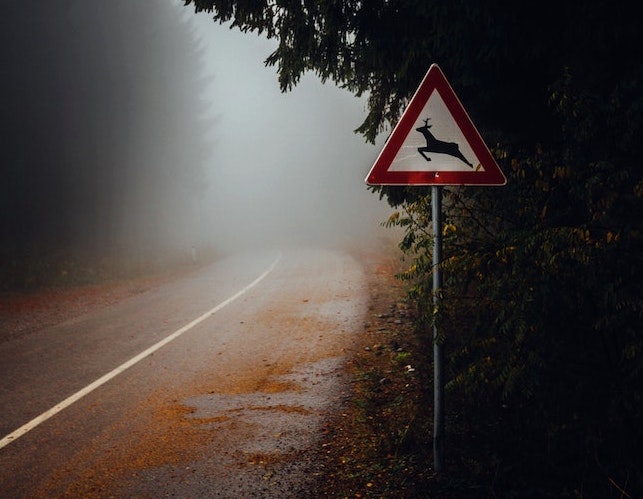 As the seasons slowly change into autumn, the days get shorter, and deer become more active and visible on Mississippi roadways. Officials urge motorists to avoid distracted driving and buckle up for safety when traveling Mississippi’s highways and roadways during deer season.

“There are approximately 3,700 reported deer crashes in Mississippi every year,” said Brad White, MDOT Executive Director. “Deer collisions can sometimes be life threatening and make for costly repairs on a vehicle.”

Motorists should be alert for large animals near the road and have a plan of action. Keeping calm and driving smart improve drivers’ chances of avoiding collisions and staying safe on the road, especially inadequately lit back roads.

“We get more animals during deer season at night,” said East. “Use caution and put your high beams on when you see them and if they’re standing on the side of the road, slow down because they will jump out.”

At night use high beams, when no traffic is approaching, to illuminate the eyes of deer near the road. Make sure both headlights and high beams are clean and aimed correctly.

About 20 percent of deer related crashes occur in early morning, while more than half occur between 5 p.m. and midnight. According to East, the county sees a rise in deer crashes even with the sheriff’s deputies.

“Deputies are out late at night and we’ll see an increase in what we have,” he said. “Most of our accidents are from hitting wildlife.”

Though deer season peaks from October through January, remember that deer can run on or near roadways at any time of the year. MDOT and the LCSD advise drivers to practice safe driving at all times.

It is important to always buckle up for safety and drive at a safe speed.

“Speed has a big factor,” said East. “Sometimes these animals jump out and you never get a chance to see them.”

If a deer runs in front of a moving car, remain calm and brake firmly. East said the wreck can become even more dangerous if driver’s try to take preventative measures to avoid the animals and cause an even more serious accident.

Drivers should be aware that deer are herd animals and if you see one, there are likely more. Take extra caution for deer lingering around the same area.

“All drivers should take extra care during deer season,” said White. “Always be alert and ready to respond to a deer jumping into the road in front of you.”