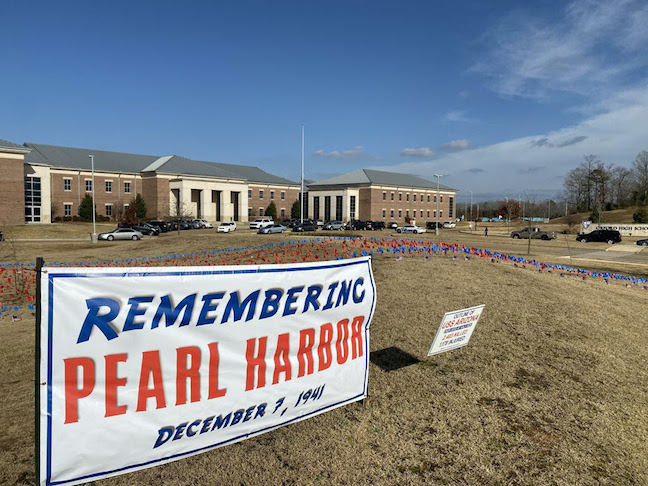 More than 100 Oxford High students began their week by placing 3500 flags on the front lawn of Oxford High School in observance of the 80th anniversary of the Pearl Harbor attack.

On the morning of Dec. 7, 1941, Japan attacked the U.S. Naval Base at Pearl Harbor, Hawaii. The 3500 flags form the shape of the USS Arizona at half the ship’s actual size and represent those who were killed and injured in the attack.

In addition to the flag display, a gallery walk with photos and additional information on the attack is on display in the OHS Library. The exhibit is open to the public until December 15th.
Visitors must provide a valid drivers’ license upon entrance to the building.