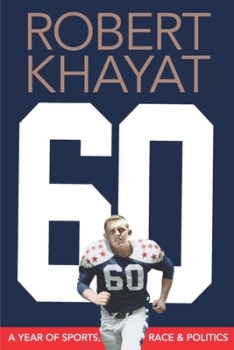 60: A Year of Sports, Race, & Politics written by Dr. Robert Khayat is the story of the year the changed everything for a nation, our culture, and a young man from Mississippi. 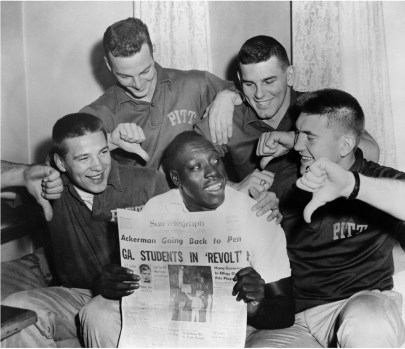 Bobby Grier (center), the first Black player to participate in a Sugar Bowl, reading headlines with his Pittsburgh teammates prior to the 1956 game against Georgia Tech. (Photo: 60: A Year in Sports, Race, & Politics) 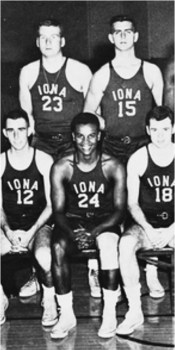 In 1956, the Ole Miss Rebel basketball team was told, by Coach Country Graham, to walk off the court and forfeit because Stanley Hill (sitting, center) played for the opposing team, Iona College. (Photo: 60: A Year in Sports, Race, & Politics) 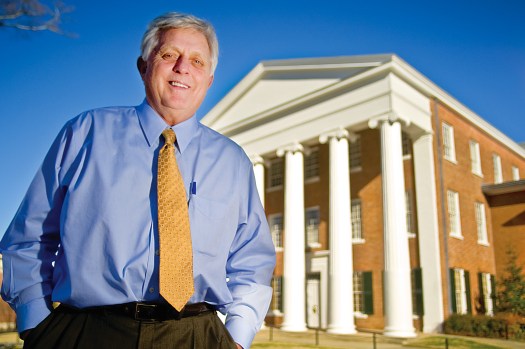 With the 2022 Sugar Bowl incoming fast, many sports enthusiasts and professionals are casting their eyes over previous games to highlight the best coaches, the best plays or the best players of the past.

Most may look back to the past few years or past few decades like the 72nd Sugar Bowl held outside New Orleans for the first time due to damage from Hurricane Katrina or during the 40th Sugar Bowl in 1973 when #3 Notre Dame faced off against #1 Alabama.

Robert Khayat’s 60: A Year in Sports, Race, & Politics reaches back even further to the historic year of 1960 when a 22-year-old Robert Khayat experienced a year that changed his life, the state of Mississippi and the nation itself.

Former University of Mississippi Chancellor and Ole Miss football player Khayat was an Academic All-American football player and was chosen as an All-SEC catcher for the 1959 and 1960 SEC Champion baseball teams.

Khayat’s 60 looks back on the four college students sit-in protest in North Carolina, Khayat’s SEC champion Ole Miss baseball team were denied the right to play in the NCAA tournament because they might encounter a Black opponent. In the backdrop you have the rise of a young John F. Kennedy which would bring in a new era of civil rights and Eddie Khayat, Sr., Khayat’s dark-skinned father, and his unlikely rise as a powerful politician in Mississippi.

According to 60‘s plot summary, “The events of 1960 set a stage for a revolution … and Robert Khayat was living in the midst of it all.”

Although he dedicates a majority of his book to 1960, Khayat backtracks to the 1956 Sugar Bowl at first to give background for the battleground Mississippi and the sports scene would become over race and politics later on.

In Chapter 4 of 60, Sugar Bowl founder and general manager Fred Digby and chairman of the Sugar Bowl basketball tournament committee Monk Simmons invited the #6 West Virginia Mountaineers to play the 1956 Sugar Bowl and watched the Mountaineers against the #17 Pittsburgh Panthers.

The Pittsburgh team’s performance impressed Digby and Simons, who later extended an invitation for a Sugar Bowl game against Georgia Tech, but were unaware at the time of Pittsburgh star running back Bobby Grier. Grier, a Black player, was sidelined during the West Virginia v. Pittsburgh game due to a knee injury.

Khayat credits Digby and Simons for clarifying that their invitation to the team had no restrictions, who were progressive on the integration front much to many individual’s displeasure.

“They openly invited a Black player to the Sugar Bowl, knowing he would be playing in the formerly segregated Tulane Stadium, and staying in the segregated St. Charles Hotel, and dining with the team in segregated New Orleans restaurants,” said Khayat. “They also agreed to allow both Blacks and Whites to sit together among the ten thousand tickets reserved for Pittsburgh (this all took place two weeks before Rosa Parks refused to give up her seat on a bus in Montgomery).”

According to Khayat, the committee’s choice to invite an integrated team made many people in Louisiana unhappy, but no other person was more so displeased than Georgia Governor Marvin Griffin who ordered Georgia Tech to rescind the Sugar Bowl invitation and declared war on integration.

Griffin’s stance prompted an outraged response from two thousand men and women who marched to the governor’s mansion and burned an effigy in his likeness. Even Georgia Tech’s arch rivals, the University of Georgia’s students, stood in solidarity with the school.

Inevitably, the Georgia Tech board of regents voted to continue the game schedule as planned, defying Griffin’s order. Iin result, Grier played in the 1956 Sugar Bowl in Tulane Stadium amongst an integrated crowd and, after the game, Grier received the largest ovation and an invitation from five Georgia Tech players to eat at the ceremonial dinner with them.

The celebratory mood would not last long. Louisiana politicians did not like the display at the Sugar Bowl and quickly passed Act 579, the Louisiana Anti-Mixing Statute of 1956, submitted it to Governor Earl K. Long who signed it once it arrived on his desk and enacted the legislation. The law prevented any Black player from participating in the Sugar Bowl until 1965 when the United States Supreme Court ruled the act unconstitutional.

And the backlash stretched even further. Mississippi’s own politicians adopted a segregation policy forcing the Ole Miss Rebel basketball team to forfeit the game against from playing Iona College

“Young Stanley Hill was confused,” Khayat wrote. “He grew up in integrated New York. ‘They can’t play because I’m playing?’ he asked his coach.”

Later that day, Ole Miss players went to Hill’s hotel to apologize on behalf of their university and discussed the “unjust stance” that impacted Hill and their own team. The players only had the simple wish to play against the best team, but forces out of their control stood in the way.

“I couldn’t begin to understand what Stanley Hill must have felt that night, but I imagine the trauma of racial insult lived with him long after the evening of January 2, 1957,” Khayat wrote. “But what I did understand, at a personal level, was lost opportunity due to abhorrent hatred and racism among Mississippi politicians.”

An Abrupt End & Trouble on the Horizon

The 1959 Ole Miss Rebel baseball team had a regular season record of 16-5 and outscored their rivals 135-61. The team went on to win the Western division of the SEC when they beat Mississippi State 6-2 and secured their place in the SEC Championship series when they won against Georgia Tech.

Khayat said they were “ecstatic” at the idea of going to the SEC Championship but that excitement was dampened by Coach Tom Swayze’s warning that the would end short before they even played at the postseason tournament. Swayze’s warning would prove to be true.

Despite playing wonderfully that season, Ole Miss would not compete due to Mississippi’s segregation policy. If they had competed in the NCAA tournament, or even the College World Series, they might have encountered an integrated team.

Khayat continued that the future of Mississippi looked bleak. He could see on the horizon that governor-elect Ross Barnett, a man well-known for his strict segregationist policy, would take office in less than three weeks on New Year’s day.

“Barnett’s anti-integration stances would ultimately reverberate in ways none of us could foresee,” concluded Khayat.

To read the entire excerpt from Robert Khayat’s 60: A Year in Sports, Race, & Politics, click below:

For more information on Khayat’s 60 or details on where to purchase it, visit www.squarebooks.com/product/60-year-sports-race-politics-dr-robert-khayat.

Khayat is a member of the Ole Miss Football Team of the Century, the Mississippi Sports Hall of Fame, the Student Hall of Fame at Ole Miss, an honorary member of Phi Beta Kappa and was selected as Law Alumnus of the Year in 2014. He served as chancellor of the University of Mississippi from 1995 until his retirement in 2009.