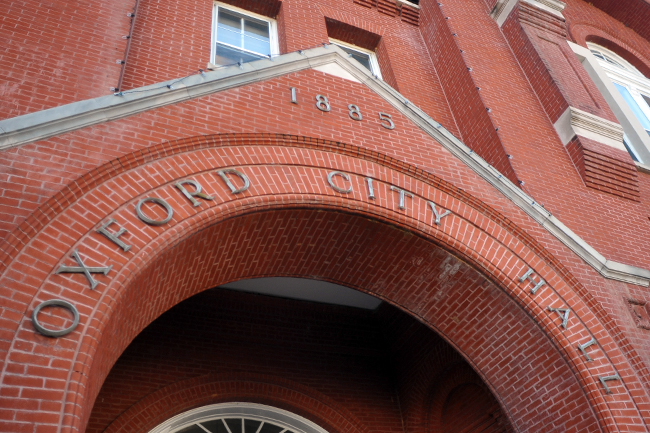 The Oxford Board of Aldermen will hold a regular board meeting on Tuesday, Feb. 15 at 5 p.m. in the City Hall Courtroom. The board agenda is jam packed with important resolutions, updates and discussions that will affect the city’s future. From fire reports to plans for the Punkin Water Association, here are the highlights of the board’s meeting agenda.

OFD’s data shows the majority of calls were placed from 12 to 4 PM. Out of 2,594 calls, 571 were placed during this period of time. The city fire department receives the least amount of calls from 4 to 8 AM with 213 logged calls.

In regards to incidents, the most common incident the OFD faced were Emergency Medical Service that excluded vehicle accidents with no injury at 1,022 logged incident types out of 2,624 incidents.

Oxford Police Chief Jeff McCutchen will request permission from the Board of Aldermen to approve a parade permit for St. Peter’s Episcopal Church to host a Mardi Gras Parade on March 1 at 5:30 PM. The event will fall precisely on Fat Tuesday. According to the document, the parade will march from St. Peter’s parking, around the square and end back in St. Peter’s parking lot.

Organization for the parade will begin the day of at 5:15 PM. Organizers expect approximately 100 participants to march in the parade with a similar number of spectators.

It is anticipated that Mayor Robyn Tannehill will sign an agreement with the Tennessee Valley Authority to bring electric vehicle charging stations to the city.

In 2021, Oxford Utilities submitted grant requests to TVA and the Mississippi Department of Environmental Quality to install an electric vehicle fast charging station in the city’s service territory. This program was designed to create a network of charging stations every 50 miles along major corridors of the Tennessee Valley region.

The station is planned to be located in or near the downtown Oxford parking garage due to the fact that it’s well-lit, secure, offers restrooms and shopping options nearby. It could take anywhere from 20 minutes to an hour to fully charge an electric vehicle with fast charger.

The Oxford Board of Alderman plans to consider contracting Daniels & Associates, Inc. for professional services
required for the possible project to serve the Punkin Water Association on the city Planning Staff’s recommendation.

Professional services associated with this agreement include design, bidding and construction inspection. The engineering services for this contract are not budgeted in the current fiscal year and a budget amendment may be required at some point in the future pending progress on other projects currently budgeted.

To view the Oxford Board of Aldermen’s full agenda, visit www.oxfordms.net/board-of-aldermen-agenda.