To the highest bidder: Contents of Oxford school connected to Mississippi fraud scheme up for auction today 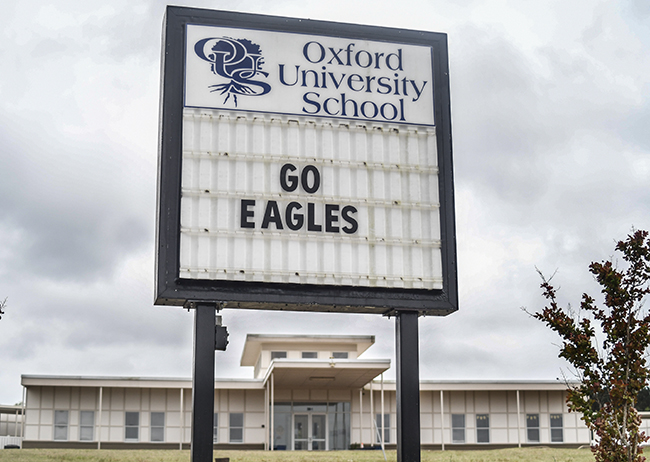 Contents from an Oxford school connected to the largest embezzlement scheme in Mississippi history are being auctioned online today.

Contents the former Oxford University School are being sold through an online auction today conducted by Taylor Auction. The school was part of the network of schools managed Nancy New and her son, Zach New, who are charged with bilking more than $4 million from state and federal funding sources through their for-profit and non-profit schools

Oxford University School, which offered pre-K through eighth-grade education, joined the New Learning Resources School District (NLRSD) in 2019. Shortly after that,  Zach New named executive director of the school. The district fell under the umbrella of Learning Resources, Inc., which was founded by Dr. Nancy New in 1991.

New and her son face federal and state charges for an extensive welfare embezzlement scheme.

On the state level, they have been charged with embezzling $2 million in cash assistance, also known as TANF dollars, through their nonprofit Mississippi Community Education Center and directing those funds to their for-profit company, New Learning Resources.

On the federal level, they are accused of filing $4 million worth of fraudulent claims with the Mississippi Department of Education for special education scholarships and reimbursements on behalf of students and teachers who no longer were affiliated with the schools. The News are also accused of falsifying teacher certifications.

The federal charges include conspiracy to commit wire fraud, eight counts of wire fraud, money laundering conspiracy, money transactions with unlawfully acquired funds, and nine counts of aggravated identity theft. If convicted of all charges, they could each face up to 218 years in prison and $5 million in fines.